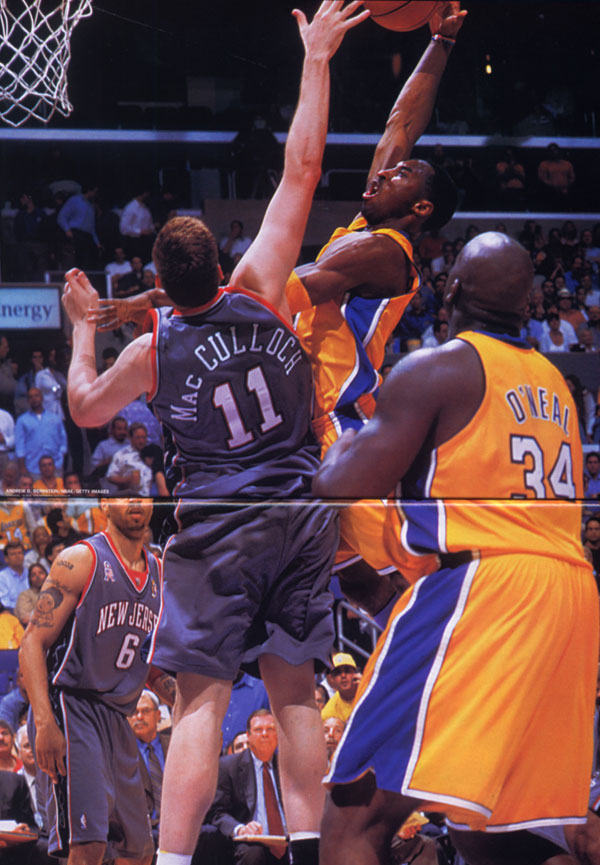 Allow me to let you in on a little secret—as bad as they’ve been, we here at the SLAM Dome have always had a soft spot for New Jersey Nets centers. From Yinka to Ghitza, from JMc to TMac, they may have never been the best (in, uh, the building), but they always did something to make your day better. Jayson Williams told jokes. Jim McIlvaine talked cars. Evan Eschmeyer lamented his Cubs. Ghitza was Ghitza. And Yinka? Well, forget about him. At this point, everyone else has.

So, when Todd MacCulloch arrived at the start of the 2001-02 season, expectations were high. The other center on the Jersey roster, Aaron Williams, is a nice enough guy, but one to whom “Hi” counts as extended conversation. We knew Todd a little from the time in Philly—congenial, cooperative, Canadian. He could even play. This looked to be a perfect fit.

It was. And so, when TMac Canada dunked hard on former teammate Dikembe Mutombo during a midseason game against the Sixers, we figured the least we could do was put him in Slamadamonth. Well, one thing led to another, and—after we had already told him, of course—it didn’t happen. When he asked about it, we told him it just didn’t work out, and he seemed to understand. No drama, no problems. The easy thing to do was make sure he got another one.

Well, Todd, this probably isn’t quite what you had in mind. But for now—until next season, at least—it’ll have to do.