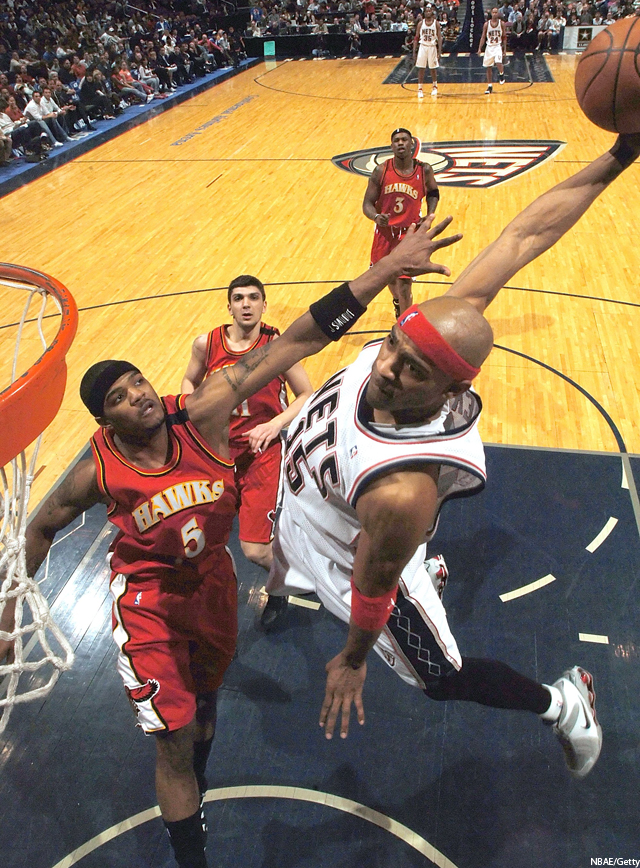 Call us crazy, Vince, but it kinda looks like maybe you want your torch back. Don’t play ignorant, man—just because you didn’t pass it to anyone in particular doesn’t mean you didn’t pass it. “I don’t want to dunk anymore,” you said. Wanted to be known as an “all-around” player, you said. For a while there, you played like you meant it. Trick layups and fallaway threes were your new steez, and honestly, we were pissed—more for the way that whole T.Dot thing went down, of course, but also because we missed seeing you in the air, up where you belonged.

But now, slowly and surely, it’s looking like you stumbled upon Keith Van Horn’s old juvenation machine in the back of some equipment closet. Something must’ve happened, because as we write this, it’s all clicking. You could be shooting it a little better (or, um, a little less), and you could trim the turnovers (do you really need to handle it that much with J on the floor?) but mostly, you’re doing it big.

And, every once in a while, doing it like this. Throwback, by your standards. That unspeakable thing you did to Zo back in November aside, we’re still surprised at moments like this—surprised, but definitely not mad. And the fact that it’s Josh in the background? Perfect. He’s one of the kids who picked up the torch when you dropped it a few years ago. Guess this is your way of saying you can snatch it back whenever you want.