Sneakers That Bug Me 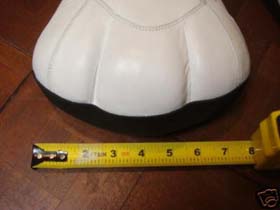 More than during its original release back in 1992 and its retro releases over the last few years, the Air Jordan VII has worked its way into my mind this summer. This is kind of the way my sneaker obsessions work for me, though. I’ll hum and haw over what’s on store shelves at the moment, and then pine over it after it’s gone. In June, I saw a pair of citrus colored VII’s at a sneaker spot in Paris and almost paid twice the retail price for them. But I digress.

The VII is an interesting addition to the Jordan line because of the special edition releases its seen over the years. In 1992, when collaborations were associated with music or maybe a guest appearance by Urkel on Full House, Nike released the Bugs Bunny inspired red/white/grey Air/Hare Jordan VII. Later that summer, Michael Jordan wore an Olympic themed VII in Barcelona with the Dream Team.

Jordan heads are still feening for a re-release of the Bordeaux VII (remember when Mayim Bialik wore it on Blossom? Me neither.) and the inclusion of the Hares in the XVI/VII countdown pack brought many people their holy grail this summer.

In anticipation of this summer’s Olympics, another incredible VII released in the last few months, with the work of Spanish artist Joan Miro being commemorated in the Miro Jordan VII. Personally, the Miro VII is my favorite VII of the bunch. A lot of people dis the notion of collaborations, or just dis how they’re being done in today’s shoe game, but to me, the Miro VII is a thing of beauty.

So when I came across the most recent addition to the Jordan VII line, you can understand why I was left scratching my head.

The Bugs Bunny Air Jordan VII popped up this week on Sneakerfiles.com and drew a varied reaction from its commenters (a quick aside to the fellas at Sneakerfiles, you need to moderate your comments section a little better).

While I’m the first to admit that sneakers are a completely subjective thing—one man’s Spiz’ikes are another’s gold—I’m dumbfounded over what in the world could compel a person to drop over 1100 bucks on shoes that seem to be custom-made for a wise-cracking, carrot-nibbling, fictitious rabbit.

Unless you’ve got feet that are eight inches wide, what good is it to have this shoe?