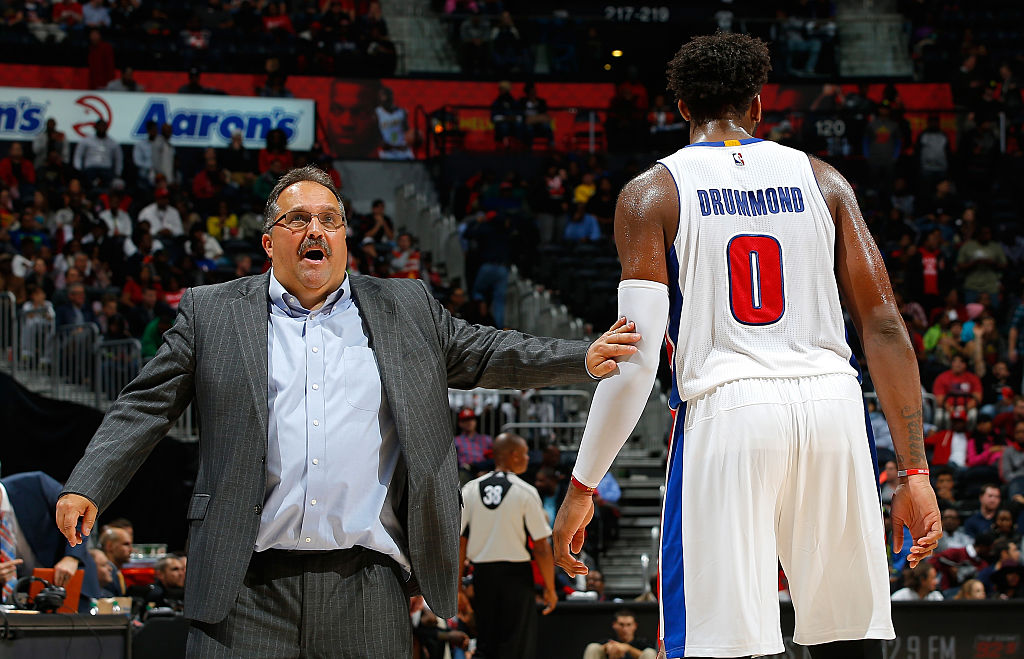 SVG and a "less is more" wish for @AndreDrummond and the #Pistons …https://t.co/nY2I4RbyPZ

SVG says Drummond can have the biggest impact on the defensive end of the floor.

The big fella lost 20 pounds this summer, and had surgery to repair a nasal blockage.

For Andre Drummond to make his 2016 All-Star game berth routine, he needs to do more of less.

“That’s going to be a big part of it with him this year,” Van Gundy said. “To really get him to focus on the things that he does at not even a high level – at an elite level, and doing those well. So many times guys think the way to becoming great is to be able to do more and more things. In a lot of cases, it’s more doing the things that you already do at a higher level.”

Drummond shot more than 60 percent from the field in his first two NBA seasons, when he rarely attempted to score from anywhere other than at the rim. Last season, Drummond shot 53 percent and recorded a career-low 1.1 blocked shots a game. Van Gundy has an ideal in mind for how he’d like the five-year veteran who turns 24 this week to play.

“The step, to me, for Andre is to do a little bit of what DeAndre Jordan does and dominate the game at the defensive end of the floor. Become that All-Defense type of guy. Because he’s already a historically great rebounder and to add to that becoming a great defender and build his game from there and everything to be built around the basket – his pick and rolls, going to the rim, running the floor, all of that.”