Stanley Johnson Says He Can Be Unguardable 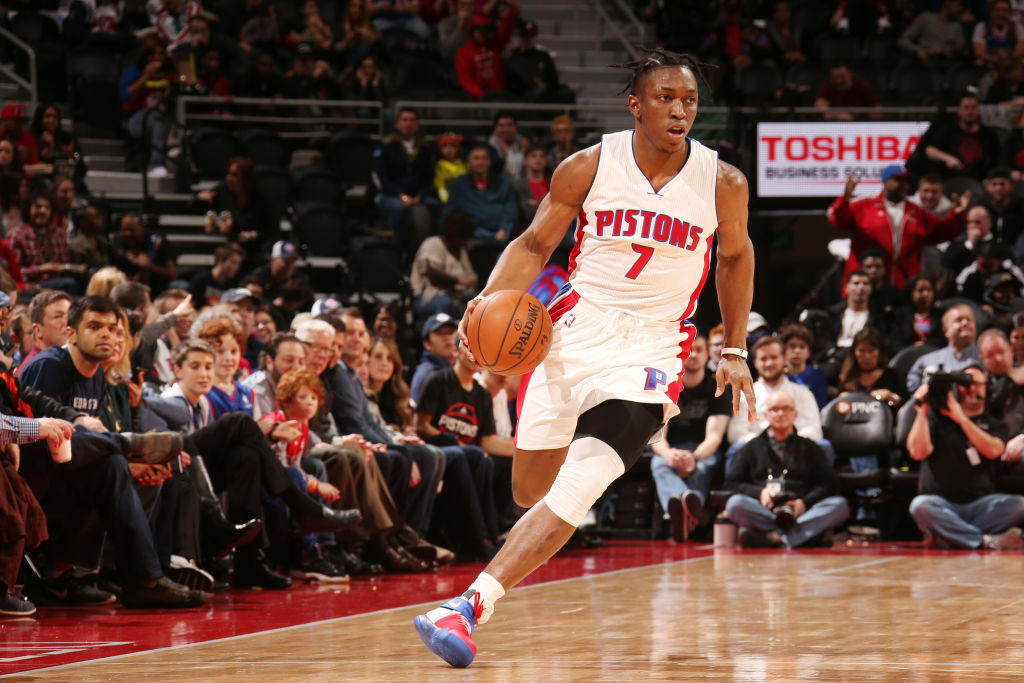 When his jumper is falling, Stanley Johnson says “there aren’t many people on the planet” who can check him.

Johnson struggled in his second season with the Pistons, and is looking for a breakout campaign in 2017-18.

The 21-year-old sat down for an “uncomfortable” and frank discussion with head coach Stan Van Gundy after Detroit finished a disappointing 37-45 and missed the postseason.

One could say Johnson’s struggles played a role in the team’s. He averaged just 4.4 points and 2.5 rebounds per game and was even benched twice.

Van Gundy seemed to think so. He suspended him for a game in November for violating team rules (this while the team desperately needed production with Reggie Jackson sidelined because of injury). The two men had butted heads all year and, really, ever since Van Gundy had drafted Johnson eighth overall in 2015.

“We didn’t hold anything back,” Johnson said. “That was the first time we had a talk like that. It was really uncomfortable, but real men have conversations. He’s just trying to make me better. He doesn’t get anything by my struggling again next year.”

Van Gundy and Johnson have been in communication all summer. On Friday, just hours before Johnson’s 86-point explosion, Van Gundy met Johnson in Toronto. He wanted to check in on his progress, but also to share thoughts on the upcoming season.

“I feel like if my jump shot is falling, there aren’t many people on the planet that can guard me,” he says. “A lot of people don’t know I can play like that. It was fun to show them.”