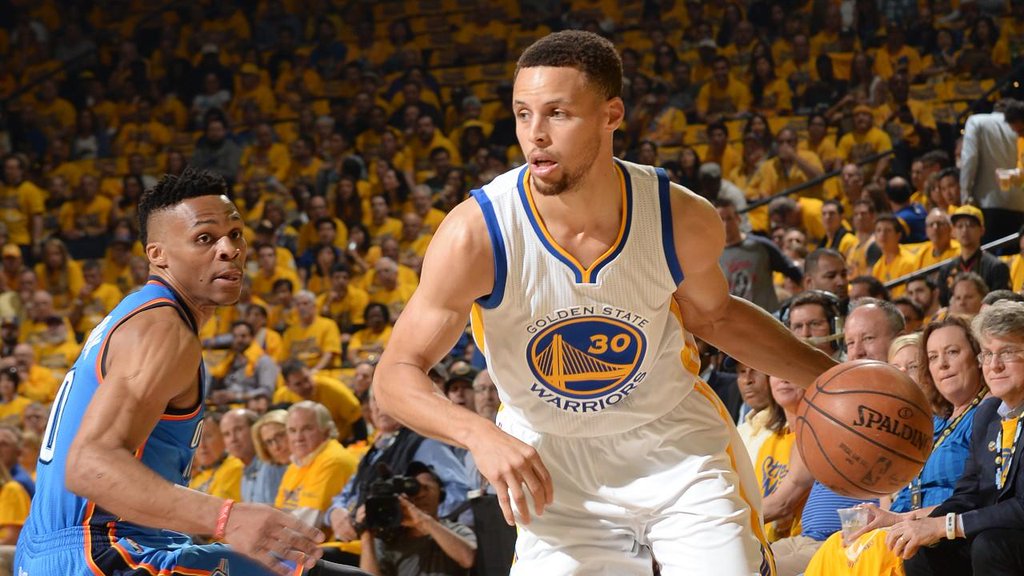 Dub Nation is a little nervous heading into Game 2 of the Western Conference Finals, but Stephen Curry and Draymond Green are playing it cool.

The Golden State Warriors dropped a series opener for the first time since 2003 in Monday night’s 108-102 loss to the OKC Thunder, but the MVP says it’s nothing to fret over.

It should be another fun one in Oakland tonight.

The Warriors can fall back on the experiences from the 2015 playoffs, sort of. They trailed in two of the four series, the Western Conference semifinals against the Grizzlies and The Finals against the Cleveland Cavaliers, but never while losing the opener. Those were 2-1 deficits after splitting at Oracle Arena and losing the first road game, before Golden State in both cases responded by winning the next three.

Golden State also has a lot of work ahead and with Stephen Curry and Andrew Bogut hurting. […] “It’s a huge test for us,” Bogut said after practice Tuesday. “They’re a great team. Give them a lot of credit. Three or four years ago they were kind of like that team that was coming out poised to win a championship. So they’re not a team that’s just there by accident. They beat a very good Spurs team and they’ve had a pretty good year. So they’ve dealt with a lot of injuries in their past as well. Give them a lot of credit, but at the same time, it’s a huge challenge now for us. Especially Game 2 at home. We’ve got to get this one, and then going on the road, OKC is as tough as coming to Oracle to play or going to San Antonio. So it’s going to be a huge challenge for us.”

Curry said Monday after the Thunder’s 108-102 victory that this is a “fun” challenge, “to be able to have this opportunity to come back and show what we’re made of, show our resiliency.” […] “I think we’re fine,” Warriors coach Steve Kerr said. “We’ve been through this. We haven’t lost a Game 1 (before), but last year we lost two home games (in the playoffs)…. Twice we were forced to go on the road and down 2-1 on the road without home court. We’ve been through this. So we know where we are. We know what we have to do. As I said, there’s a reason. There’s a reason that it’s so exhilarating to win a title. It’s just really, really hard.”