Stephen Curry Plans to Be Ready for Training Camp 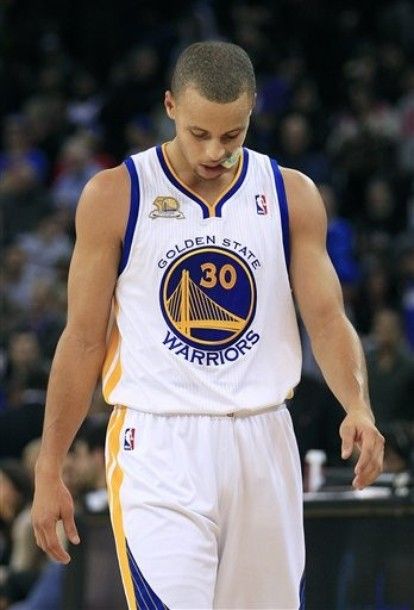 Warriors point guard Stephen Curry, who missed 40 games last season due to a series of right ankle injuries, is making steady progress during rehab. Curry is currently working out at the Warriors’ practice facility, and is very optimistic about the 2012-13 season; Steph said he’s aapproaching full strength, and has no doubt he will be ready for Golden State’s season opener October 31 against Phoenix. Nothing is official until we actually see Curry competing on the hardwood, but this is certainly a step forward for the Warriors, a team with Playoff aspirations.

More details, via the Mercury News:

Curry assured he will be ready when training camp starts in October and said he has no doubt he will be ready for the season opener Oct. 31 in Phoenix. “No. None at all,” Curry said. “The whole point of having surgery when I did and being patient with my rehab is so that on Oct. 31 I’m not having any restrictions or hesitancy.” Curry said he isn’t having any pain or tightness during workouts. Curry had arthroscopic surgery in April after three sprains of the same ankle forced him to miss 40 games last season. He said his rehab is progressing according to plan. The only thing he hasn’t done is play five on five, but that is more of a precaution, he said. “I’m just making sure that when I’m reacting, making cuts, especially on the defensive end, that my ankle is responding the right way,” Curry said. “I know it will, but right now we’re just taking each step: one on one, two on two, three on three to controlled five on five, and then going full-bore. That’s the plan right now.” Curry said he will test his ankle in a full-court setting a couple weeks before camp when the rest of the team arrives. That way he can enter camp with that step marked off the checklist. “It’s very optimistic right now,” Curry said. “We still have five weeks for training camp, so it can only get better.”