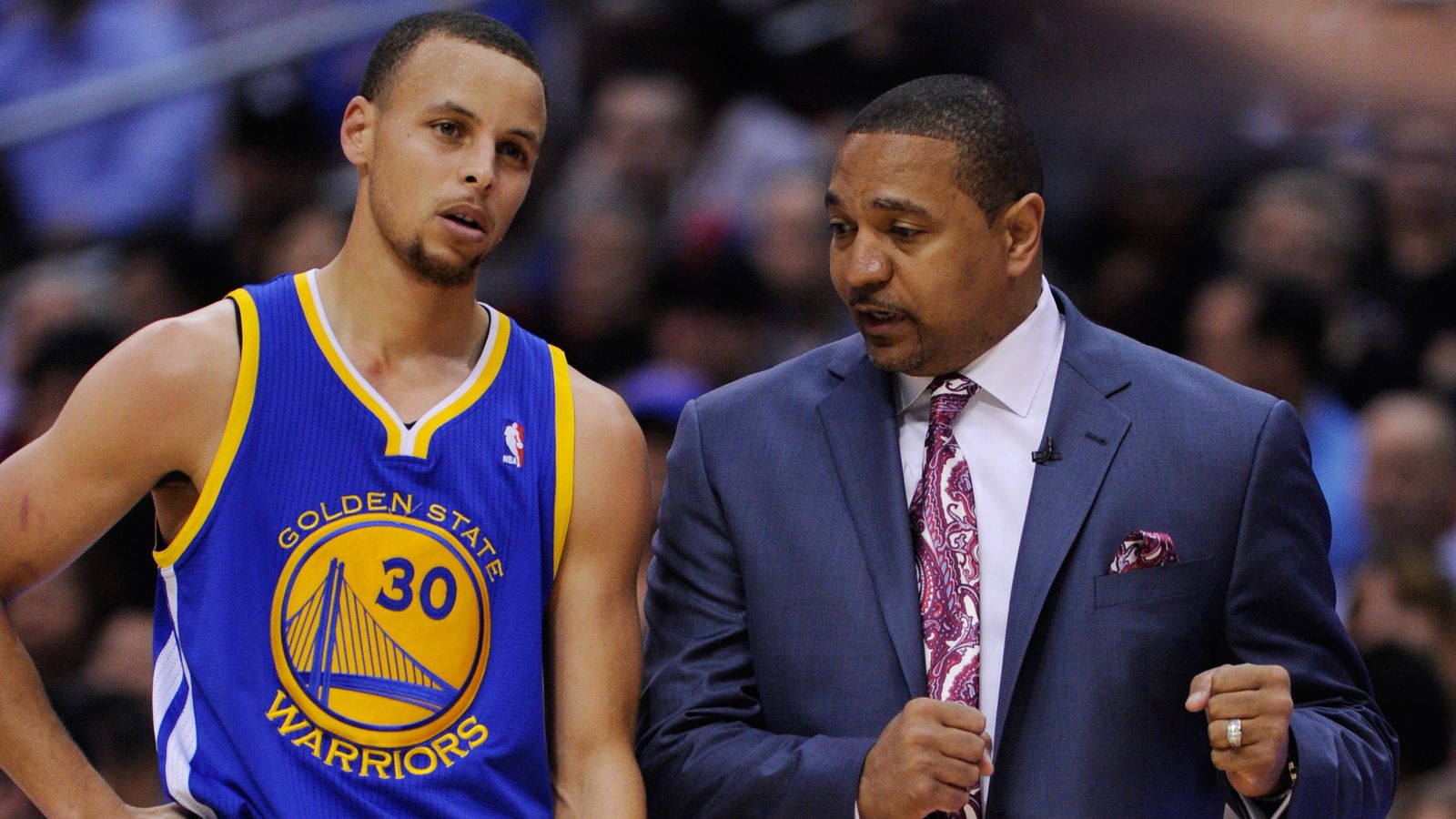 Jackson, now a TV talking head, said that Harden has carried a much bigger load for the Houston Rockets that Curry needed to for the L’s best team.

“It was surprising,” Curry said when asked if his feelings were hurt. “It didn’t really hurt my feelings because it’s not like he was actually casting a vote officially. But it was just very surprising. […] It’s his opinion, obviously. He’s probably been watching the league. People are going to ask what he thinks, especially (with) his ties to the Warriors organization and myself specifically. Surprised he said that, but it is what it is.”

The bond between Curry and Jackson goes beyond basketball. Last year, when Jackson’s Warriors future was in jeopardy, nobody was more outspoken in defense of the coach than Curry. […] “Obviously, I wasn’t shy about trying to defend him last year when things were rumbling outside of our locker room,” said Curry, who then sought possible motivations for Jackson’s words. “For him, it’s kind of a different situation. I don’t know if he was thinking it was going to be a big ‘homer’ kind of deal if he raves about myself, or if he wants to detach himself from the organization. But it’s just his opinion, and we’ll roll with it.”

Center Andrew Bogut, one of Jackson’s detractors on the team, poked fun at his former coach when asked about the topic after Golden State’s win over Phoenix on Thursday night. “What’s-his-name said no,” Bogut said of Curry’s MVP qualifications. […] “Usually, (Curry is) playing 28, 30 minutes and sitting. So our success kind of hurts him in a way,” Bogut said. “As opposed to other guys who are playing 40, 45 minutes and putting up big numbers. To us he’s the MVP, and hopefully he gets it.”