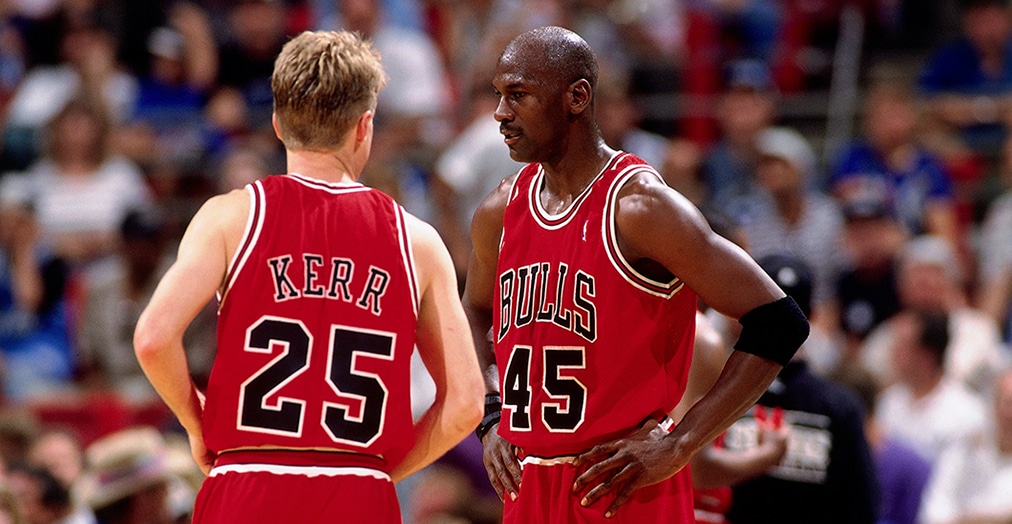 Steve Kerr played with Michael Jordan for just over three full seasons. He was part of the Bulls’ second three-peat so he got to see MJ up close during his prime. Kerr retired as a player in 2003, but has stayed connected to the game ever since. He worked as a television analyst for TNT, was named GM of the Suns and eventually worked his way to be head coach of the Warriors. Having been so close to the game, he has an extensive knowledge of it.

And because Kobe Bryant‘s numbers were just retired yesterday while hosting Kerr’s squad, the seven-time NBA champ was asked about how LeBron James and Bryant stack up to Jordan. Here are his quotes, courtesy of CBS Sports:

“Kobe is the closest thing to Michael (Jordan),” Kerr said. “Everybody’s been compared to Michael. LeBron‘s been compared to Michael — I don’t think LeBron is Michael at all. I think he’s a very different player, a very different mentality and mindset. Kobe has the same mentality and mindset that MJ had. The assassin, the ‘I’m gonna rip your throat out with my scoring,’ low-post dominant fadeaway jumper, footwork.

“I thought Kobe’s footwork was one of the best parts of his game — probably the most underrated because everybody focused on his shooting and his athleticism, but his footwork got him open. That’s where he was so similar to Michael. He could just get any shot he wanted.”

Steve Kerr on the similarities between Kobe and MJ pic.twitter.com/ld4JiEkVaB