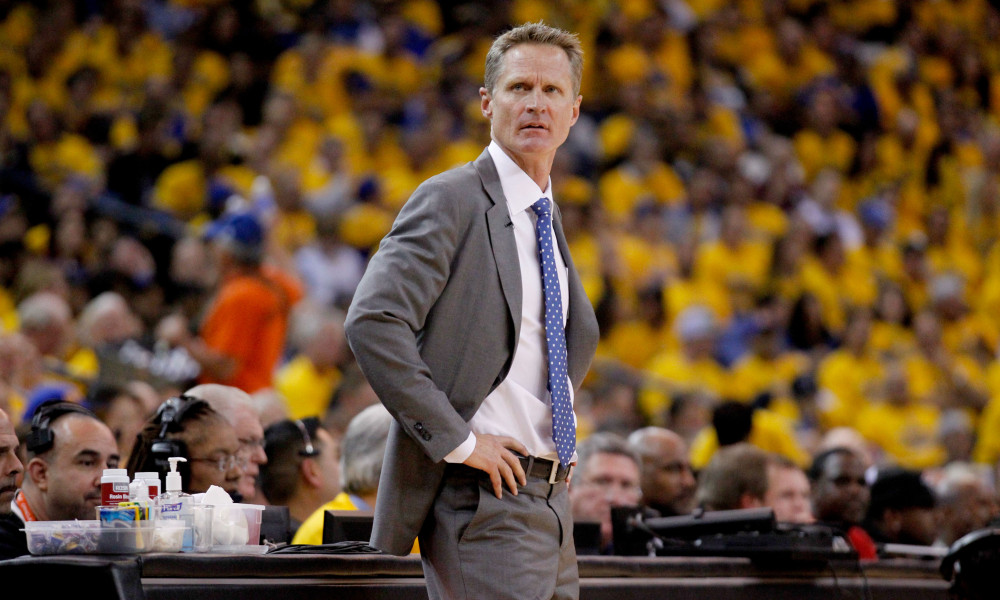 The Golden State Warriors (69-8) need to win four of their remaining five games in order to surpass the legendary 1995-96 Chicago Bulls’ 72 regular season wins, but according to head coach Steve Kerr, his guys aren’t sweating the record.

Kerr, who played in all 100 games for that title-winning Bulls squad, claims that the Dubs aren’t going out of their way to make history.

Kerr also takes a philosophical approach to trash talk from the likes of Scottie Pippen and Ron Harper regarding who would win a hypothetical Playoff series between these two teams:

“We’re not really pushing for this,” Kerr, whose Warriors (69-8) must win four of their final five games to best the 72-10 mark set by the 1995-96 Chicago Bulls squad on which he played a pivotal part, told USA TODAY Sports after practice Monday. “All we’ve said is, ‘Yeah, it’d be nice to get. We’d like to get it.’

“But if I were pushing for it, I probably wouldn’t be resting (backup point guard) Shaun Livingston and (center Andrew) Bogut, and I’d be playing our starters more. We’re just playing it out. I don’t understand if people are going to say that we’re pushing for this. I don’t think that’s the right word to use. We’d like to get it, but we’re still resting people and trying to get us set up for the playoffs.”

“(What Pippen said) doesn’t bother me,” said Kerr, who had three titles with the Bulls and two with the San Antonio Spurs. “Every player out there who is connected to that team is going to be asked that question, and my response is always the same. The rules are so different, and the game is so different. We take 30 threes a game, or more, but the defensive rules are totally different in terms of illegal defense. […] With the old illegal defense rules, we would’ve had a hard time guarding the post. But now we can flood the strong side in a pseudo-zone. Back then you could hand-check, now you can’t hand-check. It’s hard to make a comparison if you’re really looking at it objectively, so I don’t even bother.”