Steve Nash is a grunty grunt 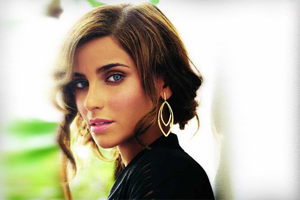 I would like to call everyone’s attention to a little NBA item that appeared in Page Six today. The NY Post loves them some Steve Nash. Here’s the sightings excerpt:

STEVE Nash of the Phoenix Suns grunting as celebrity trainers Orion Mims and Jay Wright put him through the paces at Peak Performance Gym on West 21st Street.

Now, this is the third time over the past few months that Mr. MVP has appeared in the world’s most famous gossip column, not to mention his gawker sighting playing pick-up ball. The first time was for a rumored hook-up with Nelly Furtado, and the other was him denying that hook-up. Of course, that rumor was based on a song lyric, which is completely stupid. And now I am arriving at the point of this post.

The song Promiscuous Girl is on top of the pop charts, and the last thing it needs is more promotion. But I’m doing this anyway. That is the song of the summer. Do not talk to me about Young Joc or Rick Ross. I’d heard Promiscuous a few times and was initally like, yeah it’s cool but whatever. Then it just clicked. It came on last night when I was running on a treadmill and I had to speed the machine up to match my new level of intensity.
I was at a party at my friend’s place on Saturday night and the only question I had for people was “Hey is that the truth or are you talking trash? Is your game MVP like Steve Nash?” Expect me to abuse this phrase in the future during any and all MVP discussions. It’s great that the two-time MVP has been immortalized in song. He also once appeared in a Cam’Ron lyric, but it had too many curses and other profanities to mention. Think of this song as the MVP of ’06, just like its muse.