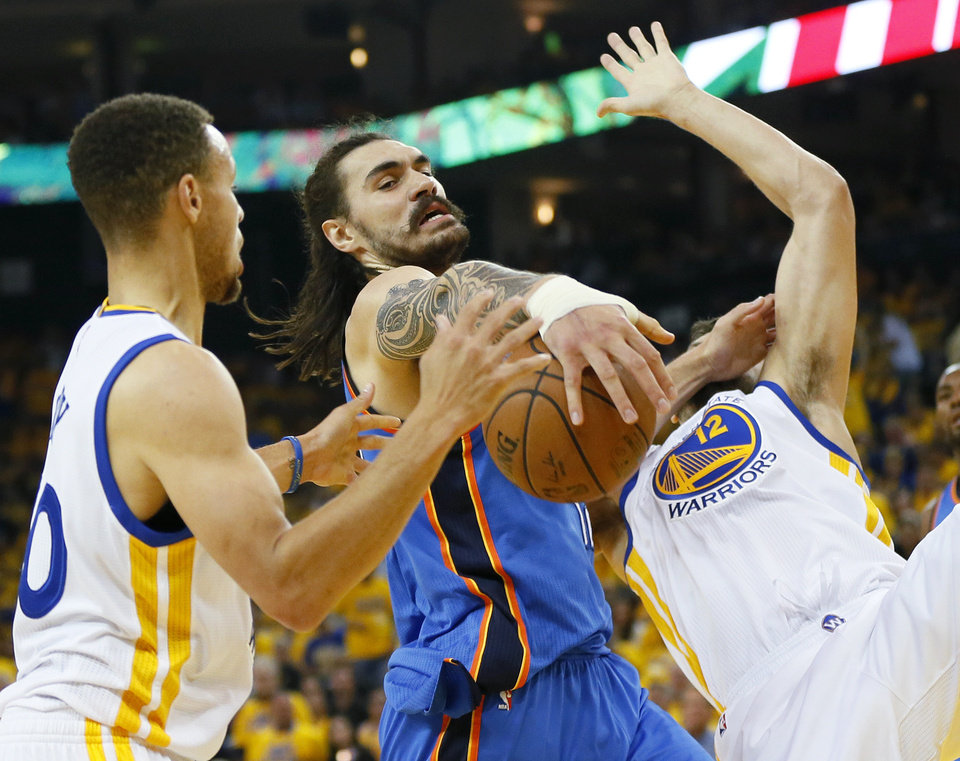 The big fella, who finished with 16 points and 12 rebounds in the win, apologized afterwards explaining that he was simply trying to describe how difficult it is to keep track of the Dubs’ guards.

Adams says it was a poor choice of words:

Adams, who came to America to attend the University of Pittsburgh in 2012, said differences in dialect were, in part, to blame.

“It’s just different, mate,” he said. “Different words, different expressions, and stuff like that. But they obviously can be taken differently, depending on which country you’re in. I’m assimilating, mate, still trying to figure out the boundaries. But I definitely overstepped them tonight.”