Taj Gibson Played Through a Torn Ligament in the Playoffs 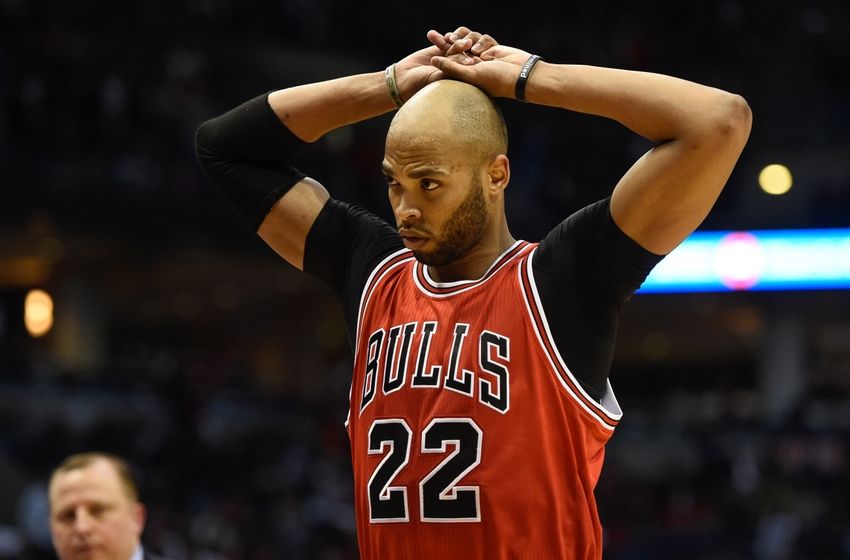 The Chicago Bulls are, for the most part, a bunch of tough hombres. And none may be more hard-body than Taj Gibson.

The 30-year-old forward reports that he gutted through a torn ligament during last season’s Playoff run.

Speaking at his basketball camp in Deerfield, Taj Gibson said he played through torn ligament in his ankle. On track w/ rehab after surgery.

Gibson had surgery on his left ankle after the Bulls were eliminated from the postseason; he’s already talking about taking part in two-a-day practices at the start of training camp later this month.

His doctors, trainers and coaches are preaching caution. […] Can you blame them? Gibson, who had left ankle surgery in mid-June, revealed at his City Basketball ProCamp on Saturday in Deerfield that he played through a torn ligament during the playoffs./em>

“The doctor was astounded. He said he never knew anybody who could play through so much pain. I just thought it was normal,” said Gibson who sprained the ankle three times last season and has battled ankle issues in two of the last three years. “He was surprised I was even able to run or lift off it.”

At the time of the surgery, the Bulls estimated Gibson would return to full basketball activity in four months. That’s mid-October. Not surprisingly, Gibson, who is running and cutting and performing one-on-one drills, is itching to beat that. […] “They tightened and really reconstructed the ligament, which was completely torn off,” Gibson said. “So far, it has been stiff and really tight. I really can’t turn it. Plus, I wear a better ankle support now. The doctors said with more reps and running, it will get stronger. I’m in good shape. The doctor told me I’m ahead of schedule. But he doesn’t want me to rush.”