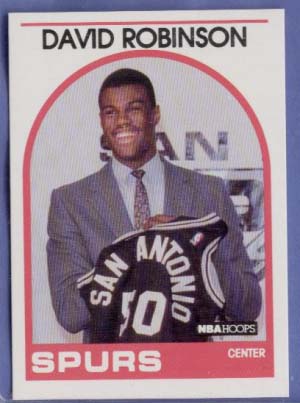 There have been plenty of posts on Greg Odengate already, so I promise not to make this one a long one. Second-guessing has been part of the NBA Draft ever since Providence selected Walt Dropo in 1947* (with Hank Biasetti still on the board? Idiots.). And, with Oden scheduled to miss his rookie season after dreaded microfracture surgery (the worst NBA scourge since J.R. Rider), the second-guessers have been out in full force.

Here’s the thing. Assuming Oden can make a full recovery, what’s to say this still wasn’t the right pick for Portland? According to everything I’ve read, the injury was relatively minor, and Oden is allegedly only 19 years old (maybe he was born on February 29th so he’s really 133?), so he should be able to make a full recovery. Amare Stoudemire did. So did Oden’s almost-teammate, Zach Randolph.

Let’s even go worst-case scenario, and assume Oden won’t be back at full strength until the start of the 2009-10 season. Defensive-minded center picked first overall takes two years to make an impact on the League. Hm, sounds familiar.

I’m not saying that Greg Oden is gonna be another Admiral. But let’s give him a chance to prove himself before we toss him on the Sam Bowie Memorial scrap heap. OK?

* The NBA apparently didn’t keep track of the overall Draft order until 1957. But they DID keep track of what order individual teams selected their picks, so I know that Dropo was selected before Biasetti. Um, I think.