The NBA Made Joakim Noah Change His Outfit (PHOTO) 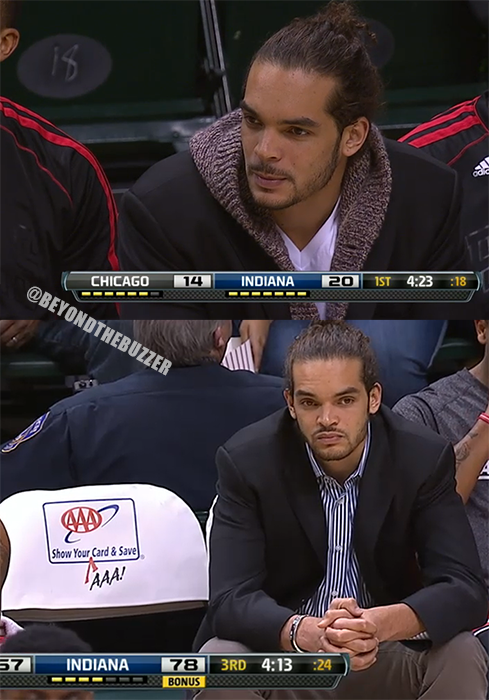 Joakim Noah’s cardigan hoodie and skinny jeans were apparently in violation of the NBA’s dress code, and he was asked to change into a more League-approved outfit. Per ESPN: “Noah, who missed his third consecutive game because of plantar fasciitis in his right foot, was sitting on the bench wearing a grey sweater, a black blazer and jeans before being asked to change. After the Bulls’ 111-101 defeat, Noah said wasn’t quite sure what the league was upset about regarding his wardrobe. ‘I don’t even know really,’ Noah said. ‘They told me I wasn’t dressed appropriately so I changed.’ During the game Noah was taking taunts from fans in stride including one fan who barked out, ‘Hey Noah, nice skinny jeans!’ Noah responded by giving the fan a thumbs up. Noah admitted that it was the first time in a while he was dressed in that kind of attire. ‘That’s not really my style,’ he said.”