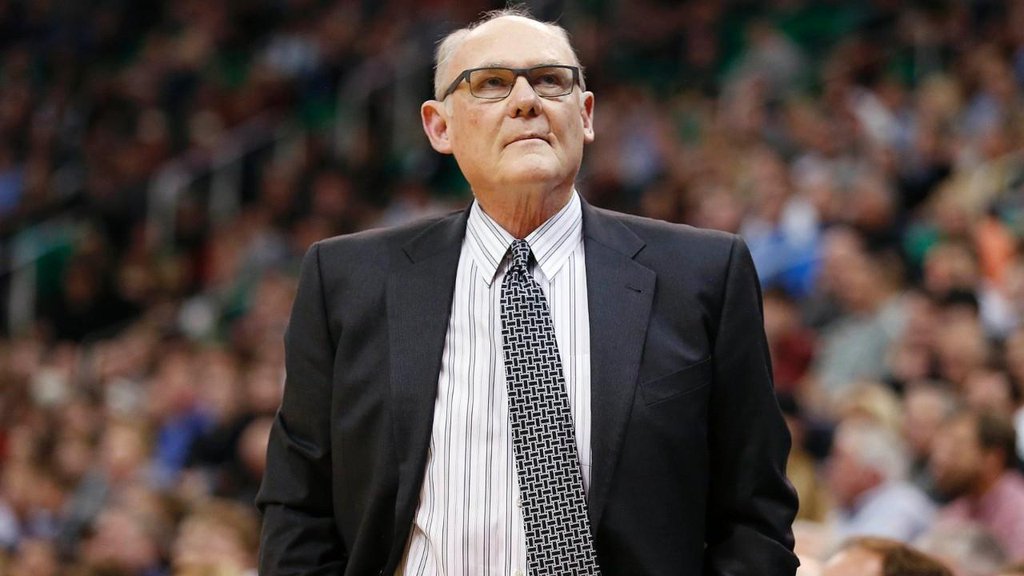 In the latest indication of the raging dysfunction in Sacramento, the Kings’ front-office met and ultimately decided to let Kings head coach George Karl keep his job.

The story goes that GM Vlade Divac talked owner Vivek Ranadivé into giving Karl another chance to turn things around.

ESPN sources say that the Sacramento Kings, in a dramatic about-face, have decided to keep George Karl in place as coach .

Kings never decided to fire Karl, which is why…they didn't fire him. Ranadive leaned toward dismissal, but Divac talked him out of it.

Karl seems unconcerned about all this turmoil; his agent Warren LeGarie, meanwhile, is calling for the firing of former Kings guard-turned-analyst Bobby Jackson over critical comments recently made on the air.

Karl believes Kings are fine, thinks they've lost to good or hot teams: "I don’t think we’re in a bad spot other than we’re losing games."

Karl said the Kings are still "exciting" to him and noted 10 days ago the Kings were "in a good place."

Karl: Our defense is my biggest concern and our defense is where we have to figure some things out if we want to get back on a winning way

George Karl will continue as the Kings’ coach, general manager Vlade Divic said after meeting with Karl in Philadelphia Tuesday, just one day after Karl’s firing appeared imminent. […] “George is our coach and we’re collectively working through our issues,” Divac said in a statement.

The meeting focused on how Karl can get the Kings to improve on three-point defense, transition defense and an overall lack of energy on defense that have plagued the team. Divac does not believe firing Karl is the solution to the problems.

The four-game road trip was seen as a chance to make strides before the All-Star break. Instead, the Kings have played some of their worst basketball of the season. […] They’ve lost all three games, giving up 125.3 points per game.