Sons of Anarchy and Luke Cage actor Theo Rossi might work in L.A. a lot, but he bleeds orange and blue. 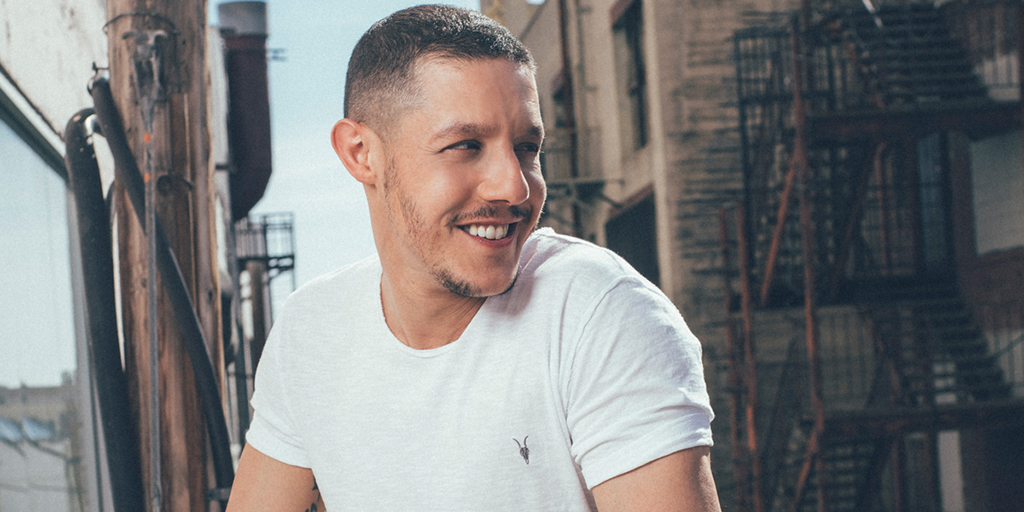 Born in Staten Island, NY, Theo Rossi has been attending Knicks games for most of his life. After inviting Sons of Anarchy superfan Carmelo Anthony to the set, Rossi got to live out his dream of sitting courtside at The Garden. Here, we talk all things Knicks with the 41-year-old NYC native.

SLAM: What do you remember from your first Knicks game?

Theo Rossi: Bernard King, a long time ago. I remember you could see the back wall of the Garden because we were in the second or third to last row. You could barely see the players. This was before Jumbotrons. And then the first player who I thought was a full-blown superstar was Kenny “Sky” Walker. That guy could fly.

SLAM: Do you have any memories of Walker winning the 1989 Dunk Contest?

TR: Back then, even if you weren’t a basketball fan, you watched the Slam Dunk Contest. What we knew about dunks and basketball with Dr. J was cool, but Jordan, almost like Mike Tyson in boxing, he shifted a sport. You looked at it one way and then Jordan shifted it and he was dunking in an artistic way. You had all these guys who went, “I can do that.” Dominique Wilkins was like that with his dunks, too. Then you had the Kenny “Sky” Walkers, the Jerome Kerseys. Walker was the first homegrown, because Jordan felt so far away if you were [in NY]. He felt truly like a magical superhero and Kenny felt like he’s just the dude from the neighborhood who’s dunking like a beast. I grew up in a cool Knick time but also probably the most frustrating Knick time ever. I was in L.A., when I was doing Sons, and it was when Jeremy Lin came back and really sparked the whole organization. Linsanity took over.

SLAM: When the Knicks are really good, there’s a vibe in the city.

TR: I felt it in L.A. It hit because you grew up not seeing the Knicks in that certain way. These buzzer-beaters, the way the papers are writing about it, it’s on the cover. You’re just like, “Oh my God, this is insane.” It’s almost like watching a movie the way it’s happening. They’re all hugging, getting along. This is the greatest thing ever. And we found a way to mess it up.

SLAM: Who’s the best actor you’ve ever played ball with?

TR: Mahershala Ali [from Luke Cage] is the best. Ray Allen was pretty kickass. I consider him an actor. He’s definitely the best player/actor. There ain’t nobody better than Jesus Shuttlesworth.

TR: It’s pretty recent. Four years ago, I was in the middle of Sons and I had just become really friendly with the organization. A couple of them flew to L.A. to tour the set and when Carmelo was there, it was like watching a kid in a candy store. He was so excited because he’s a huge fan. Now you’ve got me, this giant Knick fan, watching Carmelo freak out every time he saw an actor walking. He saw Chief Unser and he was like, “Yo, introduce me to Chief Unser!” He’s on the show. We had to put him in the background because he would’ve made everybody look so small. So now I’m in [with the Knicks]. I’m going to games. They even interviewed me in the middle of the Garden at halftime. It was also the first time I was on the Jumbotron. They played a clip from Sons in front of my whole city. Then they showed me and the crowd went HAM. I remember sitting there and having a moment where I looked around, I looked up and I saw all these people in the Garden, and I’m in the middle of the Mecca. I’m looking up to where I sat in my first game and I’m thinking, “This is pretty cool.”