This is what I do 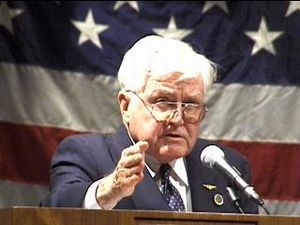 What is Sam Online? Who am I? Where did I come from? What am I doing here? Those are references to Ross Perot’s VP candidate James Stockdale, one of my favorite political figures of the 20th century. I see my role at slamonline as being kind of like the Vice President. Nobody knows what I do. I have very little power. I’ve got my own security detail. I invented the internet and care deeply about the environment. I have to stay home during all the big events in case every other person at the company is assassinated. I get to say cool things like “I knew Stephen A. Smith, and Senator, you’re no Stephen A. Smith.” I sit in darkened rooms plotting my wars, secretly running the country as a puppet regime, and I’ve been known to shoot at friends of mine while I’m out hunting. (With a BB gun, and hunting shaken up coke cans).

My bloggumn won’t be about what’s being written in the big papers across the country. I would rather read blogs that make fun of those papers and summarize their main points. If you’ve got a basketball blog or a post on your blog about basketball, go ahead and send me the link and I’ll do my best to expose it to a larger audience. With that, let’s get into a few quick things that are out there from blogs around the NBA:

The Celtics (fans) are getting Kevin Garnett. Or at least they’re tyring to work up a conspiracy to get him. Not a bad idea.

Golden State of Mind points out that rookie Patrick O’Bryant nearly had a double-double with points and fouls in a summer league game. Oh, and the Warriors were destroyed by a Cavs team playing without their CEO LeBron James.

According to Raptors HQ, it turns out Bargnani did even better than O’Bryant and managed to pick up TEN fouls and foul out of a summer league game. I guess that’s why he went #1.

The Clippers James Singleton had 10 fouls too. This all begs the question: how did Dwyane Wade manage to play in three games at the same time?

Forum Blue & Gold is pushing for Shammond Williams to be the new PG for the Lakers.