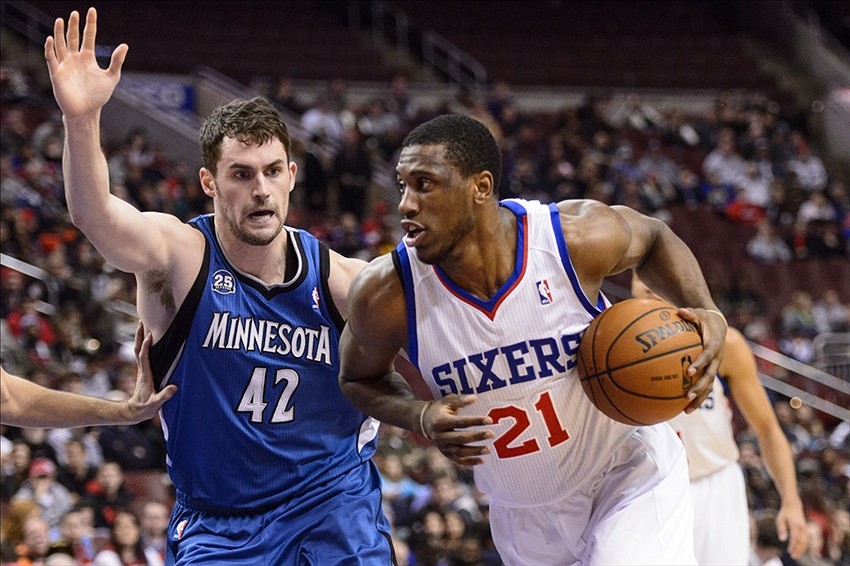 The Kevin Love trade saga is a three-team affair, and will reportedly come to an end Saturday.

Thaddeus Young will join the Minnesota Timberwolves, along with Andrew Wiggins and Anthony Bennett, while Love heads off to team up with LeBron James and the Cleveland Cavaliers. Per the Star Tribune:

The Wolves will receive Wiggins, 2013 No. 1 pick Anthony Bennett, 76ers forward Thaddeus Young and a trade exception believed to be worth at least $4 million that they can use to acquire a player in the next year without being strapped by salary-cap rules.

Philadelphia will receive Miami’s 2015 first-round pick that the Cavaliers own as well as the expiring contracts of Wolves players Luc Mbah a Moute and Alexey Shved. Like 76ers lottery pick Joel Embiid, Mbah a Moute is from Cameroon and has mentored the gifted but injured center chosen third in the June draft. The Sixers expect Mbah a Moute’s presence to ease Embiid’s NBA transition.

The three teams are expected to announce the trade Saturday after completing a trade call with the league office. Wiggins, Bennett and Young are expected to be introduced as the newest Wolves at a Tuesday news conference on the Minnesota State Fairgrounds.