Tobias Harris: ‘I’m Not Mad at Orlando for the Trade’ 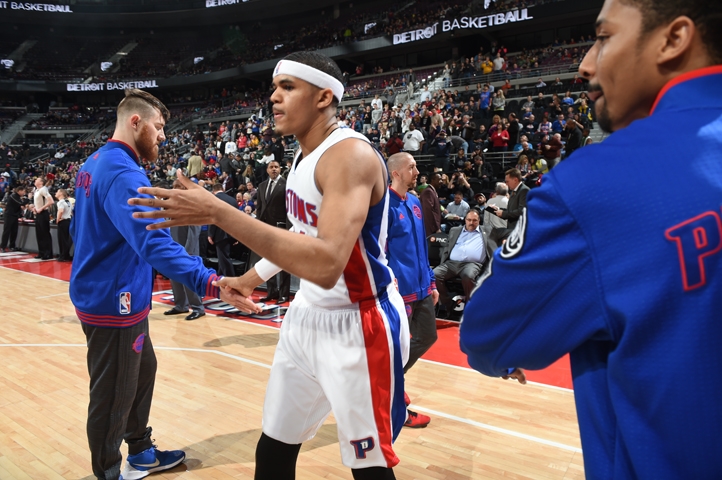 Pistons forward Tobias Harris faced his old team for the first time since he was dealt to Detroit, and helped deal the visiting Orlando Magic a 118-112 loss Wednesday night.

Harris says there are no hard feelings; in fact, the 23-year-old says he’s thrilled with his new situation.

Elfrid Payton recorded his third career triple-double for the Magic, but it wasn’t enough.

“I’m not mad at Orlando for the trade,” Harris said Tuesday. “Actually, if I was to sit here and be upset, that would be selfish, wouldn’t it? All they did was put me in an amazing situation. Truthfully, I thank them for that. I mean, I loved my time there, but business is business, and I think being here has been great for me.”

So far, the trade has worked out better for Detroit and Harris than it has for Orlando and the two veterans Orlando received, forward Ersan Ilyasova and Brandon Jennings. […] While the Pistons have posted a 10-7 record since the deal, the Magic have gone 6-12. Indeed, Magic officials hoped the additions of Ilyasova and Jennings would help stabilize the roster in the short term, spur the team toward the playoffs and open time for Evan Fournier, Aaron Gordon and Mario Hezonja.

Asked if the deal was difficult to understand, Harris responded, “You don’t ask questions. You just go with the flow. That’s kind of how I look at it. You just keep on pushing. It’s the NBA. It’s a business. Things happen. Decisions happen that have to be made. […] At the end of the day, [as a player] it’s about, how can you get better? What can you do to make yourself the best you can be? And I think I’m in a great situation here, and that’s why I don’t ask questions. In a good situation, if I dwell on the past and try to figure something out, it’ll just be blocking out all these positives I have right here.”