Tony Parker Says Gregg Popovich Will Rest Everyone vs Warriors 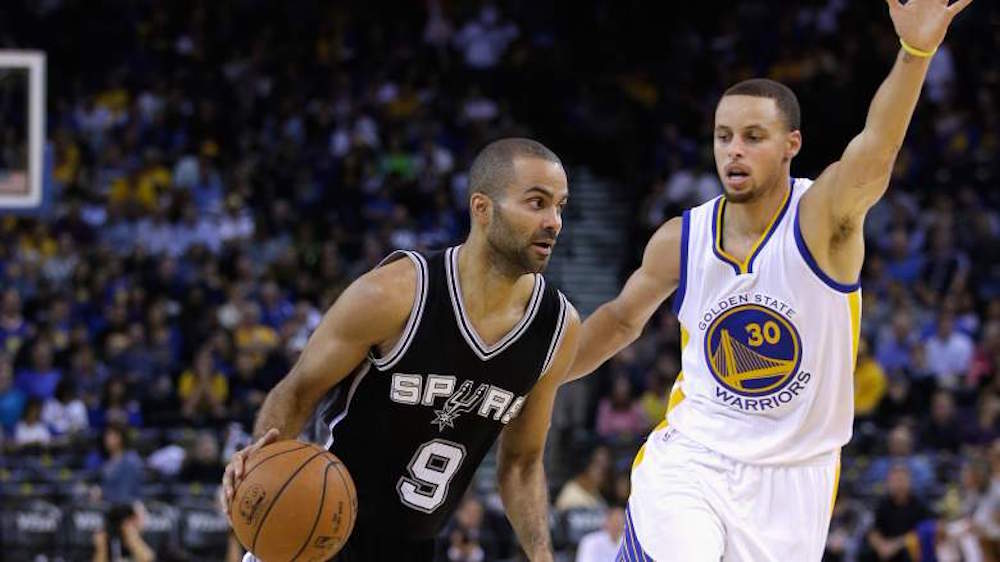 The Golden State Warriors and San Antonio Spurs have two more regular season clashes on the docket, but according to Tony Parker, there’s little reason to look forward to the matchups.

Parker predicts that Spurs head coach Gregg Popovich will give all of his main guys a night off against the Dubs.

Both squads are enjoying historic seasons, and are each unbeaten on their respective home floors.

With the playoffs fast approaching, Pop has started to sit players as the regular season comes to a close. Against the Grizzlies and Thunder, Pop sat key players such as Tim Duncan, Parker, Manu Ginobili, LaMarcus Aldridge, Kawhi Leonard, Danny Green and others opting for rest for his players. […] And as Parker stated in his French radio show, this is exactly what Pop has in mind versus the finals meetings with Golden State.

“I think no one will play (versus the Warriors). To Pop (Gregg Popovich), the most important thing is that the players are rested for the playoffs. As for first place, he does not care.”

“For us, the end of the regular season is a good time to rest. That’s why we play hard throughout the season, trying to win the most games possible, to find ourselves in this situation of ‘luxury,’ we are sure we will be the second seed and we can all rest before the playoffs.”