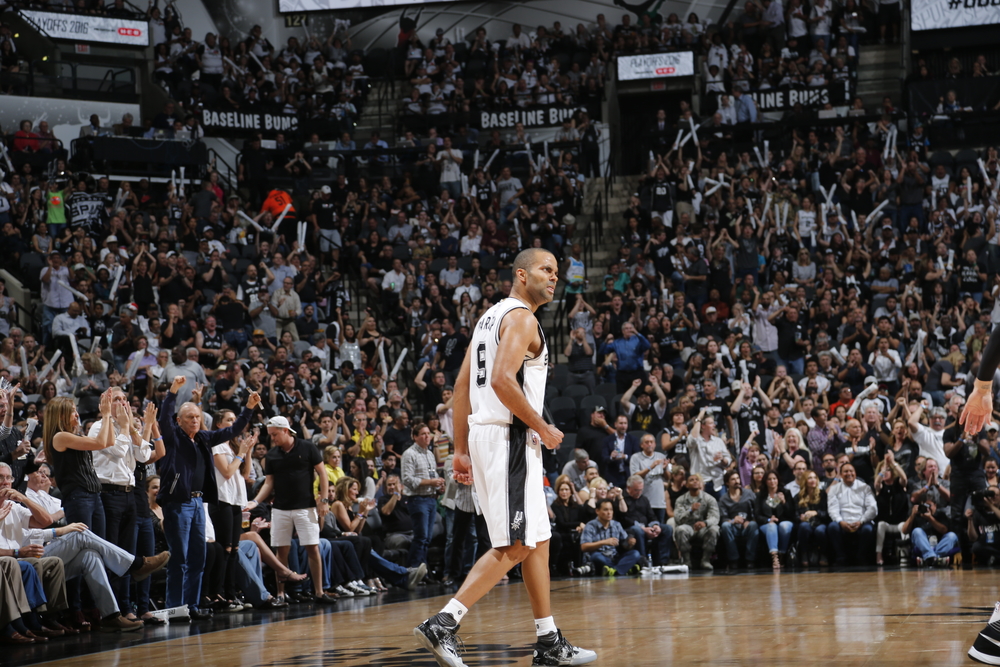 Tony Parker’s international basketball career came to an end this week, but the veteran point guard says he plans to hoop in the NBA for five more years.

Parker, 34, is determined to end his run with the San Antonio Spurs on a high note.

Tony Parker said he told Popovich this would be his last summer of FIBA ball, wants to play five more years: https://t.co/T6jYw4IXNk

The Spurs’ famed Big Three is in the twilight of their remarkable careers—Tim Duncan retired this summer, and Manu Ginobili signed on for (presumably) one last season.

Parker said he told San Antonio coach Gregg Popovich this would be his final international competition. […] “I want to end my Spurs career on a high note. I want to play five more years,” Parker said.

An emotional Ginobili clutched the game ball following Argentina’s loss to the United States. Though the outcome had been decided by the time the fourth quarter arrived, Argentine fans danced, cheered, waved flags and sang the praises of their heroes.

Ginobili, Parker (both future Hall of Famers) and (Andrés) Nocioni were the direct products of the 1992 Barcelona Olympics and the USA Dream Team. They were the core of the massive growth international basketball, filling NBA rosters and winning NBA championships. […] Their contributions were important and memorable.