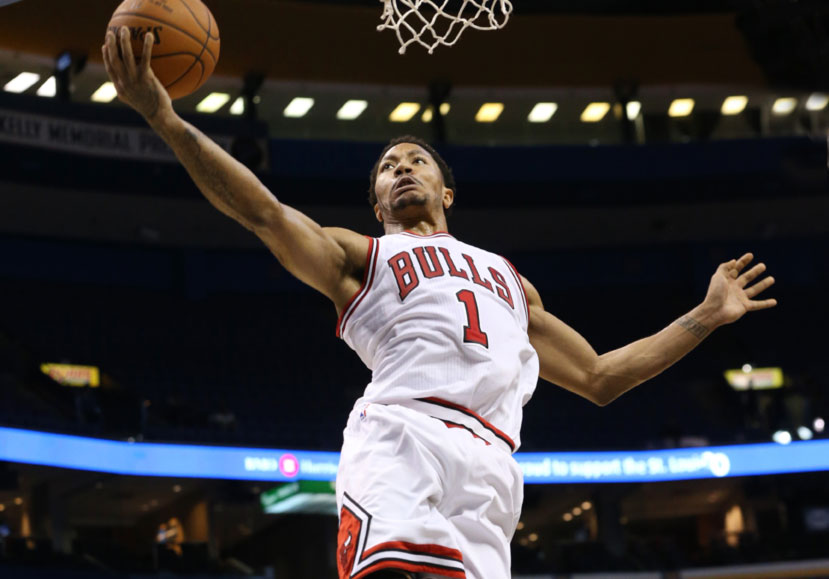 In the 2013-14 season, the Chicago Bulls were able to grab the 4-seed in the Eastern Conference with a total of 300 minutes played by Derrick Rose. After another season lost to injury and another offseason of recovering, Rose is healthy and ready to return. The return of the star point guard and an opening at the top of the Eastern Conference has sparked the demand in Chicago Bulls tickets on the secondary market.

According to TiqIQ, this season the average price of Bulls tickets on the secondary market is $242.48. That price is up 71 percent from the season average on the secondary market last year. Without Rose, the Bulls were one of the top teams in the conference and this year they will not only get Rose back, but Pau Gasol was added in free agency.

With LeBron James’ departure from Miami to Cleveland and the unfortunate Paul George injury in Indiana, it’s likely the Bulls and Cavaliers will be fighting for the top seed in the conference this season. It’s not surprising, then, that two games against the Cavs will be the most expensive on the Bulls’ schedule.

The most expensive game this season will be when LeBron James, Kyrie Irving, and Kevin Love’s Cavaliers come to the United Center on February 12. Both teams are projected to be the best in the Eastern Conference, and this matchup will be a crucial late-season barometer. Tickets for this Bulls vs Cavaliers matchup will be 98.7 percent above the season average price on the secondary market at an average of $468, with a get-in price of $119.

This is the first regular season meeting this year between the Cavaliers and the Bulls, who host this game on October 31 at the United Center. A marquee matchup this early in the season has generated significant attention from fans and analysts alike as this could be a preview of the Eastern Conference finals. Tickets for this game average $384 on the secondary market, 63 percent above the season average, with a get-in price reaching $135, the most expensive of the season.

The Lakers have Kobe Bryant back in the rotation after an injury derailed his season last year, and with a new head coach in Byron Scott, they look to bounce back after a disappointing 27-55 finish. Tickets for this matchup average $313 on the secondary market, which is 33 percent above average, with a get-in price of $75.

After three straight seasons above .500, the New York Knicks slipped to a 37-45 mark last year. But with Carmelo Anthony spearheading the team, they are always a playoff contender. The average ticket price for this game on the secondary market is $291—24 percent above average—with a get-in price of $61.

One of the most expensive home games for the Bulls comes on January 22 as the defending NBA champion San Antonio Spurs visit the United Center. Led by Tony Parker, Tim Duncan, and Kawhi Leonard, the Spurs look to repeat last season’s success as they continue under coach Greg Popovich. On the secondary market, the average ticket price for this game is $287—22 percent above average—with a get-in price of $44.