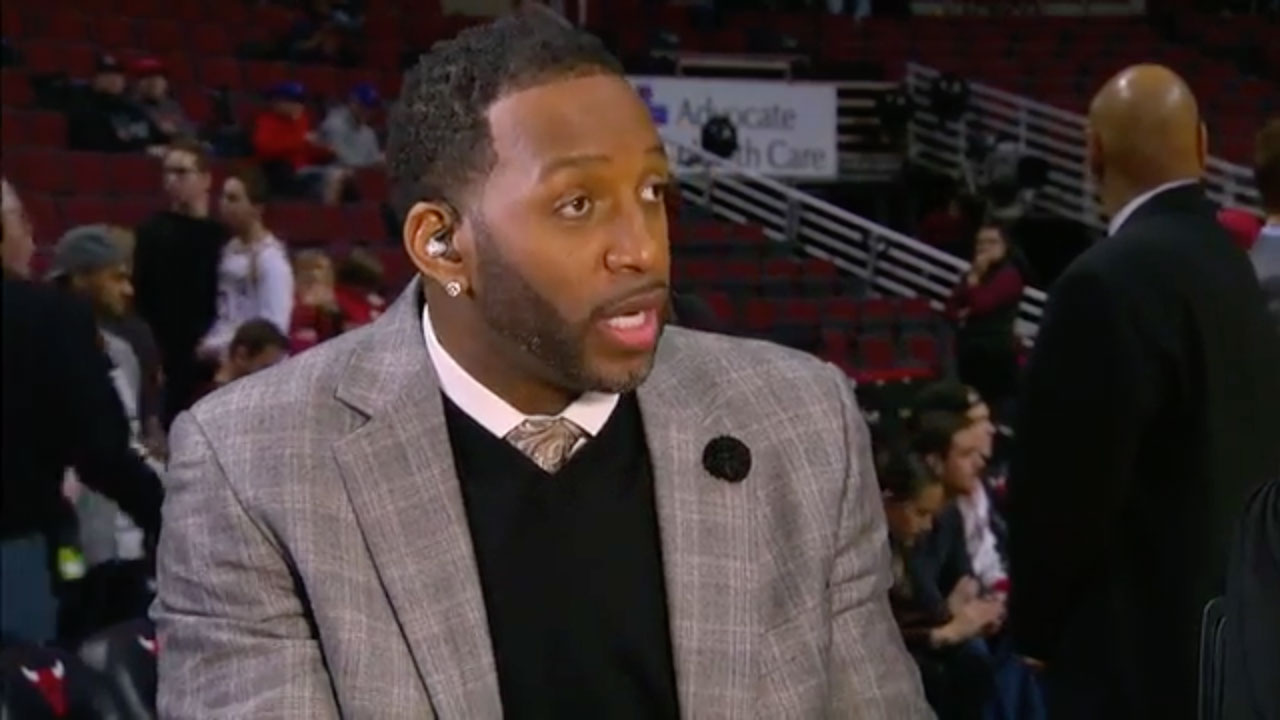 Tracy McGrady is on the Houston Rockets‘ bandwagon this season.

T-Mac has been critical of his former team in the past, but after Houston’s double-OT win over the Warriors at Oracle on Thursday, McGrady thinks the Rockets can make it to the Western Conference finals.

During ESPN’s Cavs-Bulls broadcast on Friday, McGrady shared his thoughts on this Rockets team:

“It’s an interesting team. The reason I say that is because on any given night they can beat anybody and they can lose to any team depending on who shows up.”

“They’re going to score. The question is: Can you score with them?”