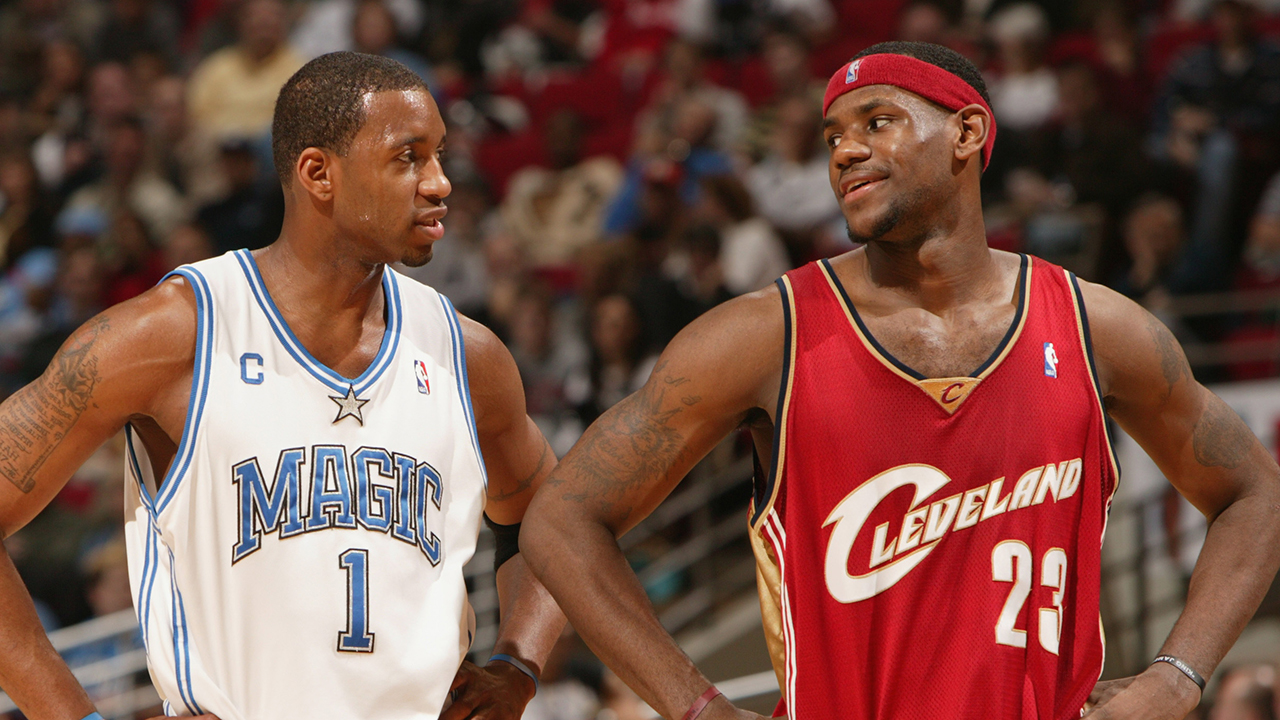 Future Hall of Famers Tracy McGrady and Paul Pierce added their opinions to the Michael Jordan vs LeBron James debate.

On ESPN’s The Jump last week, McGrady chose LeBron to start a team because of Bron’s ability to “to take lesser talent and elevate those guys.”

This seemed to surprise Pierce, who chose Jordan. Starting at 1:13:

“I think if you want to start a team, I’m going to go with LeBron because of him being able to take lesser talent and elevate those guys… Because of his pass-first mentality, being able to elevate his team in terms of their style of play.

“Mike is going out there trying to get 30 and 40 points. He’s not looking to make his team better.”