Tracy McGrady Says He Has Hall of Fame Numbers 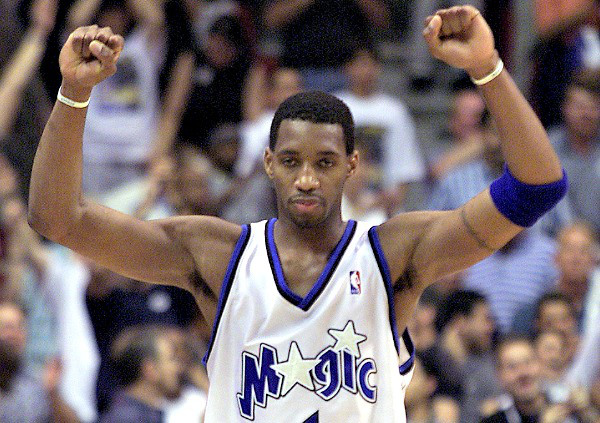 Almost immediately after announcing his retirement from the NBA on Monday, the debate about Tracy McGrady’s Hall of Fame candidacy began. T-Mac says he has the credentials to make it into Springfield, but he’s not really sweating it. Per CSN Houston: “I think my numbers match up with some of the guys that are in the Hall of Fame. Whether or not I get in or not, it really doesn’t matter to me. I’m a guy from Auburndale, Florida (with) a population of 10,000 people, grew up in a pretty bad neighborhood, so to me, I’m Hall of Fame just by making it through my career. That’s Hall of Fame to me.’ McGrady also talked about how he’s leaving the door open for more basketball, saying there’s no question he can still contribute. ‘I’m retiring from the NBA,’ McGrady said. ‘My options are still open – going back to China. I mean, my brand is so huge over there, so I might continue to expand on that.’ Over his 15-year NBA career, McGrady averaged 19.6 points, 5.6 rebounds, and 4.4 assists.”