We introduced you to NBA Baller Beats last month—you know, basketball meets Guitar Hero. Baller Beats is the first video game of its kind—a full body motion-based participative basketball video game that lets you perform like a pro using a real basketball. Now, we’re putting the game to the test, with the NBA Baller Beats SLAM Transformation Project. In the video above, you’ll see Part I of what hopefully is a transformation from Rookie to Pro for one lucky gamer, who is getting his chance to get off the couch and get on the virtual court to improve his ballhandling skills. The NBA Baller Beats and Spalding ball bundle will be available for the suggested retail price of $59.99 when it launches exclusively on Kinect for Xbox 360 September 11th. 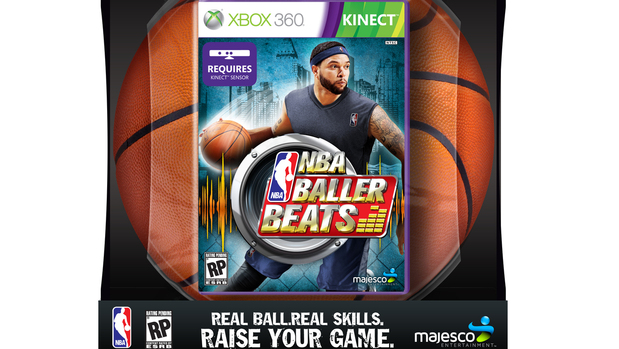 Deron Williams Doubts He Would Get Video Game Cover in Utah