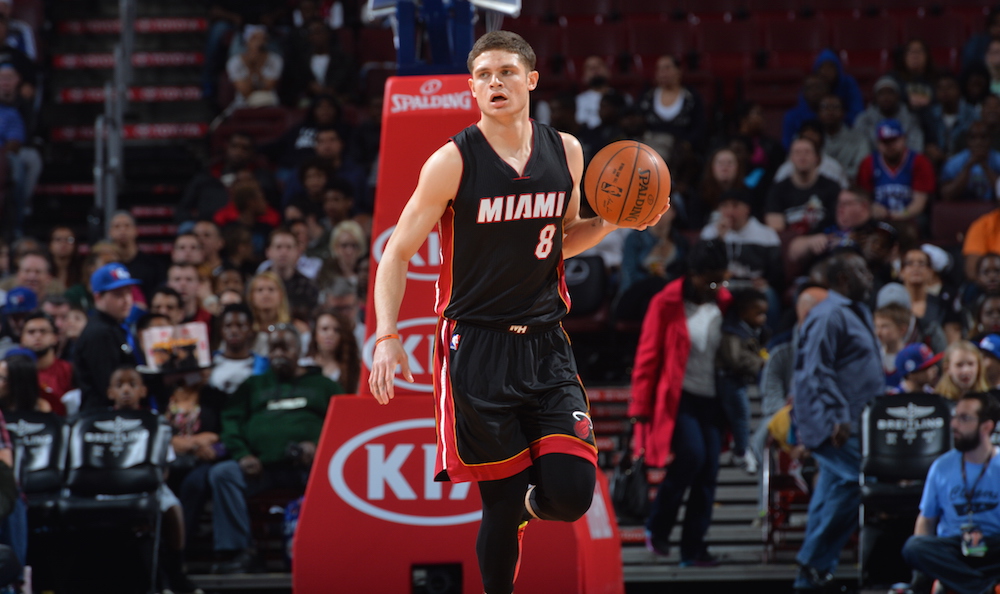 Miami Heat restricted free agent Tyler Johnson done came up. The guard has reportedly agreed to sign a four-year, $50 million offer sheet with the Brooklyn Nets. Once the NBA’s moratorium period ends on July 7, the Heat will have three days to match the offer made by the Nets.

Johnson went undrafted in 2014 and played in the D-League in 2015. The Fresno State product has battled a shoulder injury that has limited him to 68 games with Miami over the past two seasons. He has career averages of 7.4 points, 2.8 boards and 1.8 assists.

Woj had it first:

For Johnson, the contract represents one of the most rapid financial ascensions in recent league history: From an undrafted NBA Development League guard in 2015, to participating in only 68 games over parts of the past two seasons, to a staggering poison-pill contract that guarantees seasons of $18 million-plus and $19 million-plus in the final two years of the deal.

Johnson’s agents with CAA Sports – Austin Brown and Ty Sullivan – brought him to Chicago over the weekend to meet with several teams, including the Nets.

Johnson made $507,000 in his second NBA season for the Heat in 2015-16. He played 36 games – only starting five – but NBA executives and coaches who scouted him and studied him closely on tape in the D-League and NBA see the potential for a versatile and complete guard.