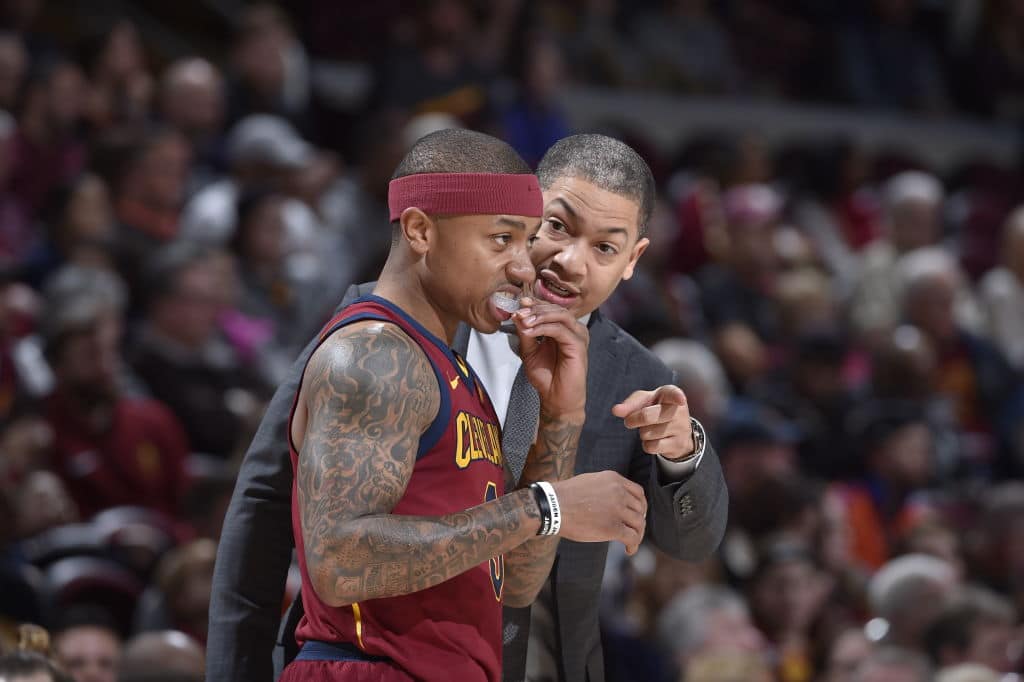 New story: In a bit of irony, Ty Lue shuts down Isaiah Thomas' critique while the Cavs shut down comments on a birthday post for Thomas to save him from critiques https://t.co/4YuVnbFozH

IT’s critique was widely seen as an indictment of the coaching staff, but he also added that he needs to do a better job after missing 10 of 13 shot attempts.

“That’s not true,” Lue said before Cleveland’s 140-138 overtime win against the Minnesota Timberwolves on Wednesday.

When a reporter repeated that it was Thomas’ words he was quoting, not his own, Lue doubled down.

“Just taking some time to get ourselves jelling as far as offensively,” Lue said, “with IT being out for so long, and then having to come back and, you know, having to play well, the pressure to play well, when he’s really not 100 percent yet as far as getting his legs and conditioning-wise.

“I didn’t think it would be like this, but it is something that we got to continue to keep fighting, try to dig ourselves out of this hole.”