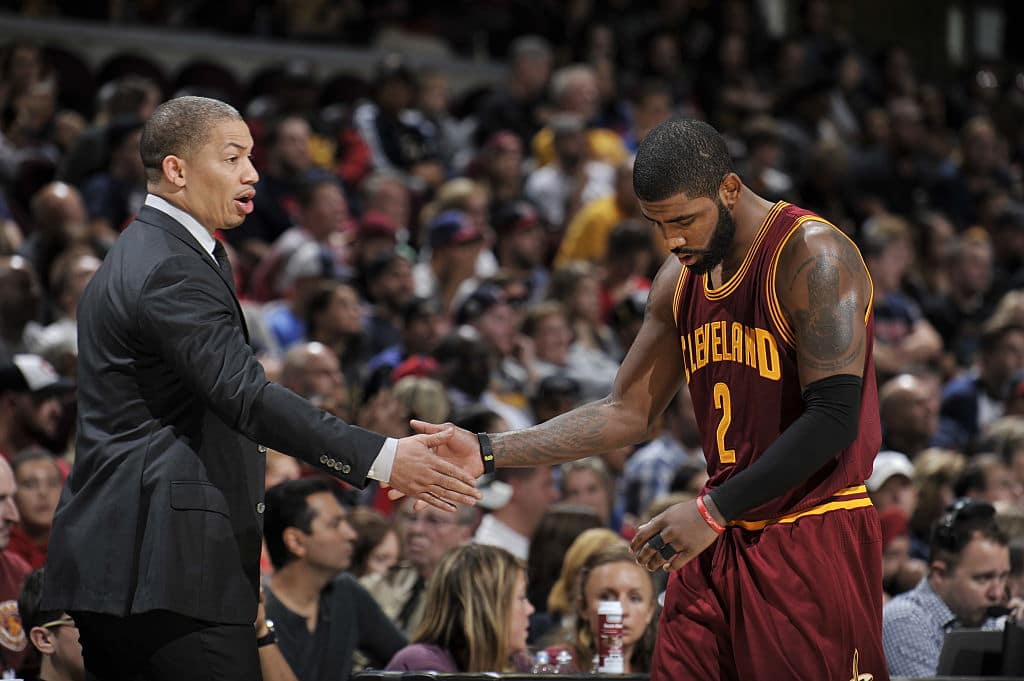 Cavs head coach Tyronn Lue had lived through a similar crisis before, and pushed the organization to hang on to the unhappy All-Star point guard.

Irving ended up in Boston, and Altman says the Cavs did just fine in the blockbuster swap for Isaiah Thomas.

His coach, Tyronn Lue, advised they hold onto Irving, just like the Los Angeles Lakers did when Lue’s former teammate [Kobe] Bryant demanded a trade.

“We wanted to figure out, is this real?” Altman says. “Is Kyrie someone we might want to bring back and say, ‘Hey, look, players have figured it out in the past. You’re going to figure it out. We’re going to still be really good, we’re going to be winning games, so it’s not going to be all awful.’ You know what I mean? So thinking about the parameters of that, the implications of that was something we were also always debating.”

That is to say, the jury is still out on whether the Irving trade was a savvy play. It could be great if Thomas returns to All-Star form and the Nets pick ends up toward the top of the lottery. Then again, it could be a disaster.

“You can’t get better trading a four-time All-Star going into his prime and a 25-year-old point guard going into his prime,” Altman said, “but it gives you a unique opportunity to shuffle the deck and figure out long-term planning, but also figure out what goes around LeBron [James] that’s going to help us win a championship.”