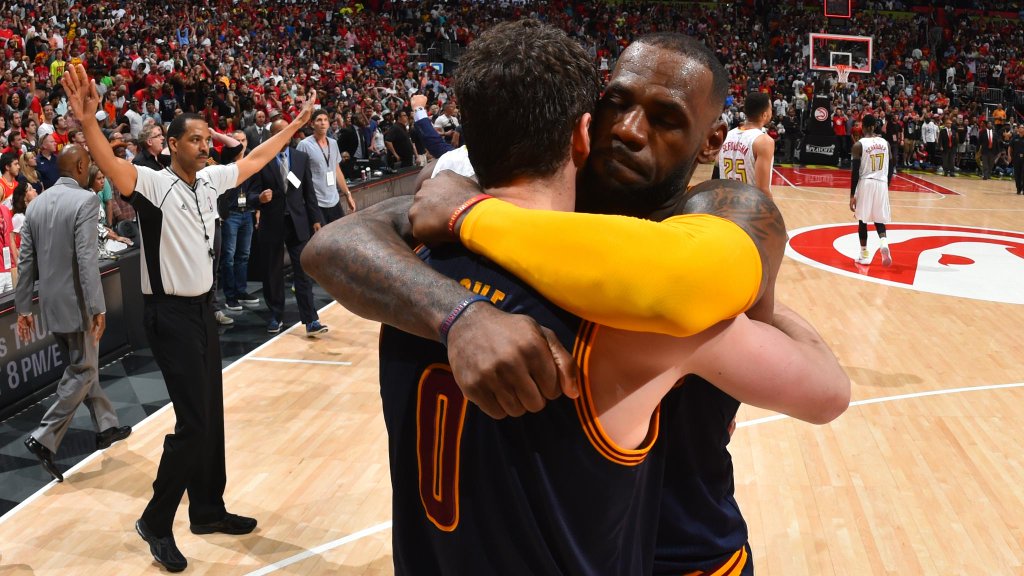 Everything is clicking for the Cleveland Cavaliers—they’re 8-0 through the first two rounds of the NBA Playoffs, all three stars are healthy and the team chemistry has vastly improved since last season when this super-squad was created.

Kevin Love has put up a double-double so far in each postseason game this year, and his emergence can perhaps be traced back to a late-March challenge from head coach Tyronn Lue during a film session.

Unsure about a question regarding his personality, @kevinlove laughs & cares more about not missing @GameOfThroneshttps://t.co/d1rreHhH7X

Love appreciated Lue’s candid remarks, and has clearly responded (the three-time All-Star is averaging 18.9 points and 12.5 rebounds in the postseason.)

“[I] just said, ‘Kevin, Kyrie [Irving] and Bron (LeBron James), each night you guys got to know what to expect out of each other,'” Lue recalled. “‘Until you all do that, we aren’t going to be able to win.’ […] “And I said, ‘Kevin, you got to be more aggressive. Tell LeBron, I’m a bad m—–f—– too, so throw me the ball.’ Be aggressive. Run the floor. If you’re open, we got to throw you the ball. You got to demand the basketball and I said, ‘Score the ball and be aggressive.'”

Cleveland has a 14-4 record since then, including a perfect 8-0 in the playoffs, with Love seemingly a changed man. He has put up a double-double in every game the Cavs have played in the postseason. His previous longest such streak since joining Cleveland was five games in a row.

“I mean, Ty has played with, and had to go against, a lot of bad m—-f——. So to get that, especially from your head coach, it’s a lot of confidence,” Love said. He was alluding to Lue’s playing days when he teamed up with the likes of Kobe Bryant, Shaquille O’Neal, Tracy McGrady, Dirk Nowitzki and, the baddest of them all, Michael Jordan. “And I have been one in this league. [Lue] just wanted me to go out there and show it.”