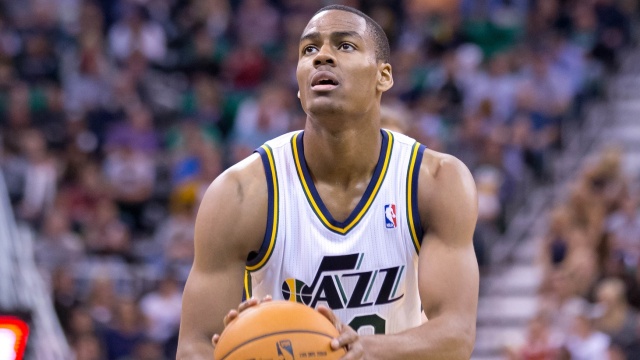 According to multiple published reports, guard Alec Burks has reached an agreement with the Utah Jazz, on a four-year contract extension.

The deal starts at $42 million, but reportedly could reach $45 million through incentives.

Burks, a member of the 2011 NBA draft class, and his agent, Andy Miller, had until midnight EST on Friday to negotiate an extension with Utah – or Burks could’ve entered into restricted free agency in 2015.

Burks, 23, is the third young Jazz player, along with Gordon Hayward and Derrick Favors, to reach a four-year extension with the franchise.

Burks has averaged 16.5 points in his first two games, two and a half points above his average in the 2013-14 season. Jazz coach Quin Snyder plans to feature Burks as a major part of his system.