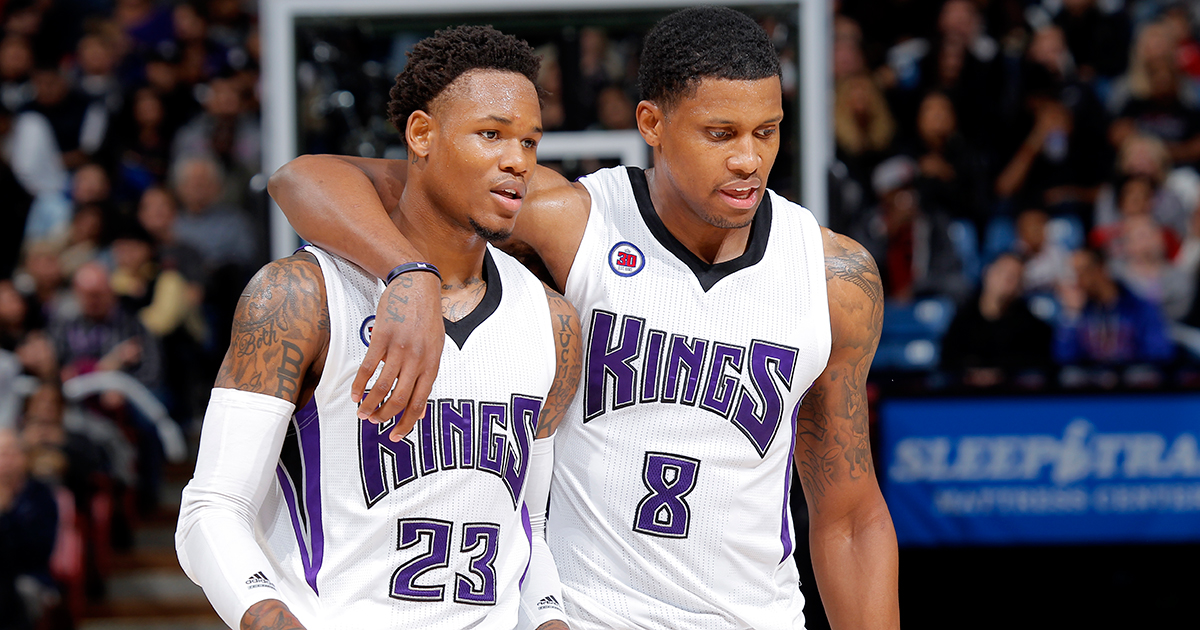 Where do the Sacramento Kings go from here?

This summer, it was reported that both Rudy Gay and Ben McLemore were available via trade. Yet, even with Gay claiming that he will opt out after the 2016-17 season, GM Vlade Divac is now asserting that neither player is up for grabs.

Just joking around the other day, I apologized for him to – I said, “We like you so much, that’s why we decided to keep you here.” Rudy is a tremendous talent. He’s somebody that is beautiful to watch, the way he plays. We think Rudy is a big, big part of this team to be successful. So, we decide to go with him. And if he decides to stay next year, that’s great. If he decides to leave, that’s fine. But we want to make sure we compete this year.

RELATED:
Rudy Gay: ‘I Don’t Even Know Who Our New Players Are’
Kings GM on Frustrated Rudy Gay: ‘He Has My Number’