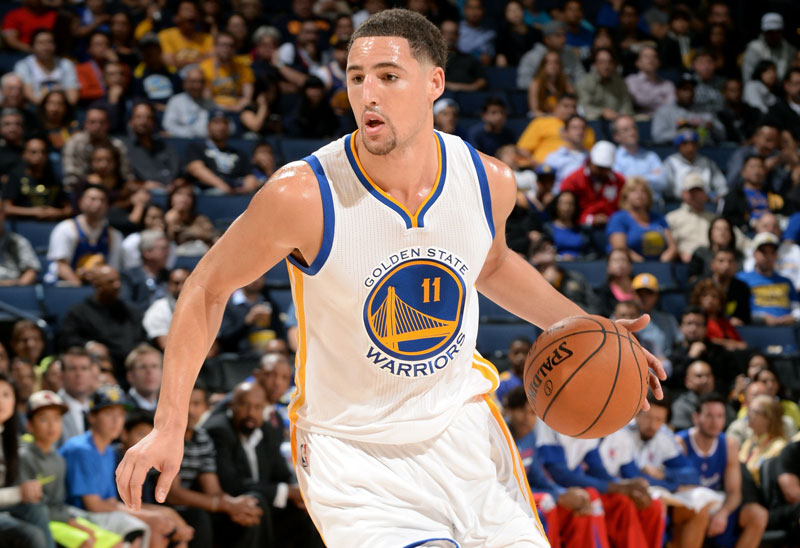 Klay Thompson and the Warriors agreed to a four-year, $70 million max contract on Friday. At over $17 million a season, Thompson is set make roughly $5 million more than Stephen Curry next year. Per Yahoo:

The Golden State Warriors saw no reason to wait on securing Klay Thompson’s future with the franchise.

The Warriors signed Thompson to a four-year maximum contract extension worth about $70 million on Friday, a person with knowledge of the deal said.

The person, who spoke to The Associated Press on condition of anonymity because the team does not disclose terms, also said there is no opt-out clause for either side. The contract will keep Thompson with the team through the 2018-19 season.

The Warriors confirmed a multiyear deal with Thompson. It was the final day for Thompson and the team to get a deal done or the shooting guard could become a restricted free agent next summer, when the Warriors would have had an opportunity to match any offer sheet he signed.

Golden State decided not to risk the relationship turning sour in restricted free agency or another team putting a clause in an offer sheet that might’ve made it difficult to match. And Thompson and his agent, Bill Duffy, got what they wanted all along: a maximum deal and financial security now.