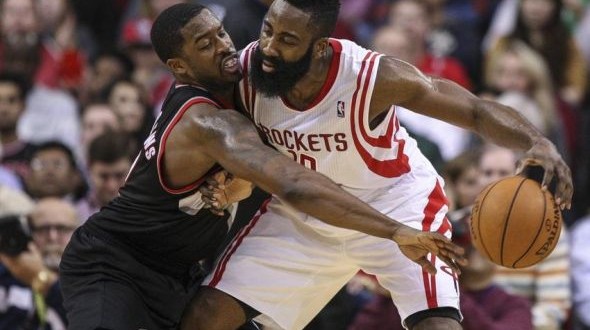 Entering his sixth season (a contract year), Matthews is looking to get everyone else to believe that he’s among the game’s truly elite wing players.

With apologies to the likes of James Harden, Klay Thompson, Kobe Bryant and company, Wes argues that he’s the top two-way shooting guard in the L.

Nicolas Batum said Matthews’ defense against James Harden, who shot 37 percent against Portland in the six-game series, was “unbelievable,” saying he was the “maybe the best defender in the NBA” during the series.

“I’m never going to be the type that gets gaudy numbers to make an All-Defensive team,” said Matthews before getting to his case.

“Do I think I’m All-Defense? Absolutely. I think I’m the best two-way two-guard in the NBA. But I feel like we need to be a good defensive team within the scheme of the game. We’re not out there gambling, trying to reach and get steals. That would put us in a bind if I don’t get it,” Matthews said.