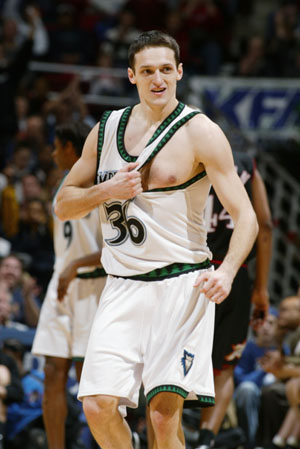 This column was not inspired by what I hear is a pretty horribly bad Jim Carrey movie. Nor, I promise, is it a bite off a somewhat interesting New York Times story that ran last week. However, since my last post was about biting, I feel compelled to acknowledge both of these potential muses; in fact, I came up with this idea a few months ago. That doesn’t mean it’s actually a good idea, but it is mine, and I think it has potential. Reader participation will go a long in determining its worth.

And here it is: What’s the coolest number in NBA history? A simple question, probably deceptively so. So the more specific question is, which number — based on the all-time history of anyone and everyone who’s ever worn it — is the most indisputably dope? This might seem easy, but I’m going to demand more of those who choose to participate. I’m requiring you to get in-depth. Be thorough. Do your f*cking homework.

I’ll start with the easy, non-Jim Carrey inspired example: 23. Jordan and James alone make this one a contender. But here’s where it gets complicated. Are Mike and Bron too good to make a number “cool”? Does the ubiquity of this number over the past 15 years cost it cool points? And shouldn’t the fact that, say, Pete Chilcutt wore this number with the Utah Jazz count against it?

Or, say, 0. By the fact that the undeniably cool Gilbert Arenas wears it, zero is cool. But then, Soumaila Samake also wore 0, and one could argue (though I wouldn’t) that this might be enough to counteract Gil.

Then there’s Igor Rakocevic, who’s the only player I can think of (without thinking very hard, admittedly) who ever wore 36. Which may, in fact, make 36 the coolest number in NBA history by far.

Regardless, I think you see my point.

So, have at it. Pick your number and make your case. Feel free to bring some historical context to bear — like, was 3 ever a cool number before AI? And do Dwyane Wade’s T-Mobile commercials mean it’s not cool anymore? — and anything else you can think of to make your sh*t compelling. Just don’t let me down.