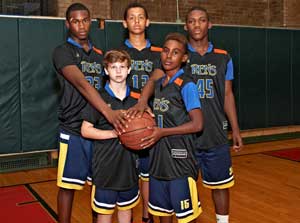 It’s no secret that gun violence in America is a horrible, horrible problem that takes the lives of many across the nation. For one youth basketball team in New York City called the RENS, four separate shootings resulted in tragically impacting multiple players’ lives. To take a stand against gun violence, the team will wear an orange patch on their uniforms, as seen in this photo: 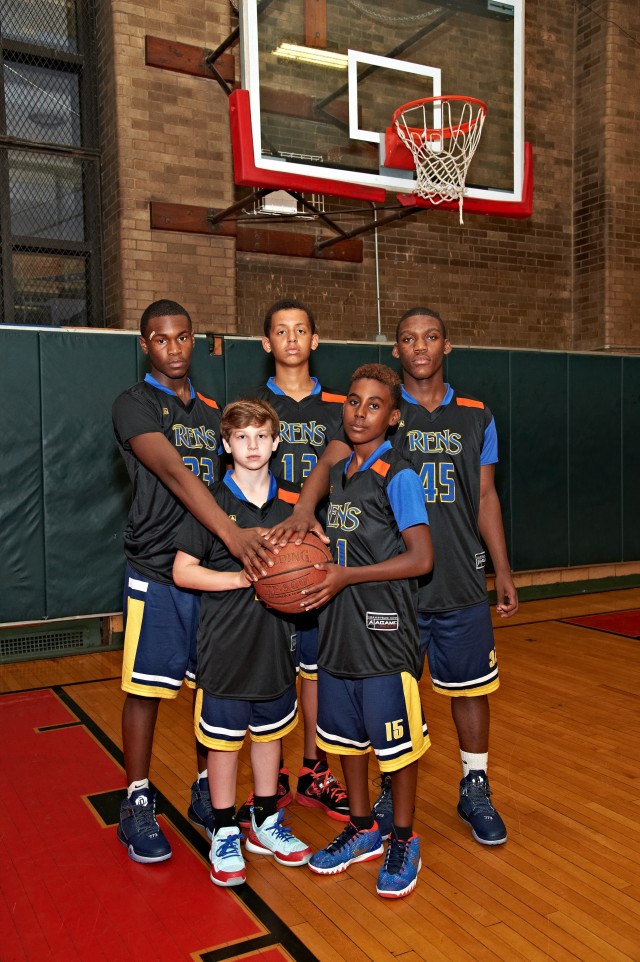 Read more details below from our friends at New Renaissance Basketball Association:

The RENS will symbolize their opposition to gun violence victimizing inner city families by wearing an “orange patch” on their team uniforms, according to Andy Borman, the program’s Executive Director. Borman noted that this past season alone, two RENS children were shot, one, a 15-year-old was left wearing a colostomy bag. Another was arrested for shooting someone else, and a former 6th grade player, now 14, was charged with shooting his own teenage girlfriend to death. “The RENS are far from the exception. We are the rule, and it has to stop. Basketball is a beautiful game, these kids are precious, and they are taking a stand,” Borman insisted.

Mr. Borman explained, “All 200 RENS student-athletes (grades three through 11) will wear the emblem and carry the message throughout the yearlong AAU basketball season.” Borman, a member of Duke University’s 2001 NCAA championship team, and the nephew of Blue Devil coach Mike Krzyzewski, said, “It’s impossible to work in this arena without seeing and feeling the full effects of one gun related tragedy after another. These horrors senselessly affect families, children, mothers, and fathers. By asking our student athletes to wear the orange color which expresses ‘safety’ and ‘sanity’ in the face of violence, we are hoping to teach children that gun violence is unacceptable and wrong.”

Borman explained that over the past five weeks, he and his Board members have consulted with experts to gather information as to what they could do to not only educate their own kids, but to encourage other grassroots, high school, college and even professional basketball teams to follow suit. The RENS are teaming up with two organizations — Everytown and Sandy Hook Promise, whose literature they will distribute. Organization experts, including mothers who lost their own children, will speak to the RENS teams, coaches and parents in an attempt to create healthier choices for all children. Sandy Hook Promise will offer training on their “Know the Signs” prevention programs.

“The ‘Wear Orange’ campaign was inspired by a few Chicago teens who sent a simple – but powerful – message: We refuse to accept the gun violence crisis that’s decimating our communities and we’re going to do something about it,” said Jason Rzepka, Director of Cultural Engagement at Everytown for Gun Safety. “It is fitting that the young athletes of The RENS will be the first sports team in the country to wear orange patches on their jerseys, sending a message of hope and empowerment. We salute the RENS’ commitment to helping achieve an America free from gun violence and believe their action will reverberate well beyond the AAU gyms where they compete.”