BHM 2019: The Story of Cleo Hill and What Might Have Been

There are two ways to define Cleo Hill’s basketball career. One is to say that he should’ve been an all-time great. The other is to acknowledge that he was.

The difference between the two lies in the murkiness of how and why his professional career was as short as it was. A player as good as Hill, who put up the numbers he did in high school and in college, should’ve played more than one NBA season. He should’ve been a household name.

Whatever uncertainty remains about the factors that derailed Hill as a pro, there’s nothing uncertain about what made him so good in the first place. The Garden State product starred at Newark’s South Side High School in the mid 1950s, earning all-state honors and awestruck praise from foes and observers alike. Al Attles, an eventual 11-year NBA vet and championship coach with the Warriors whose New Jersey prep career overlapped with Hill’s, put it bluntly: “Cleo was the greatest high school player I’ve ever seen.”

From there, Hill headed down to the heart of ACC country for college—only not to an actual ACC school. Instead, he signed on to play for Clarence “Big House” Gaines at Winston-Salem Teachers College (now Winston-Salem State), where he was one of the early stars of Gaines’ Hall-of-Fame coaching tenure. And a star he was, totaling 2,488 points in his four college seasons, a remarkable average of 25.4 points per game. He remains the No. 2 scorer in school history, behind another northern high school star who followed his path south a few years later, Earl “The Pearl” Monroe.

If there was any doubt that Hill could’ve put up those numbers against more heralded ACC competition, it was dispelled by none other than Billy Packer, the long-time broadcaster who starred just up the road at Wake Forest while Hill was dominating in the CIAA. It was Packer who described Hill as “the forerunner to David Thompson and Michael Jordan,” an impression he got first hand while watching Hill play—and then, as Gaines later shared in his autobiography, by playing against him. The unpublicized, unsanctioned racially mixed pick-up runs between Wake Forest and Winston-Salem players not only built understanding between the otherwise segregated ballplayers, but allowed Hill in particular to show that he could match any player in any conference in the nation.

As it was, Hill had shown enough in the games that counted to earn a shot at playing pro. Scouts loved what they’d seen: game-changing athleticism, a reliable jumper and the ability to score on hook shots with either hand. So complete was his offensive package and explosiveness that the St. Louis Hawks—playing in what was hardly the most enlightened market—picked him 8th overall in the 1961 NBA Draft, making him the first player from an HBCU to be chosen in the first round. 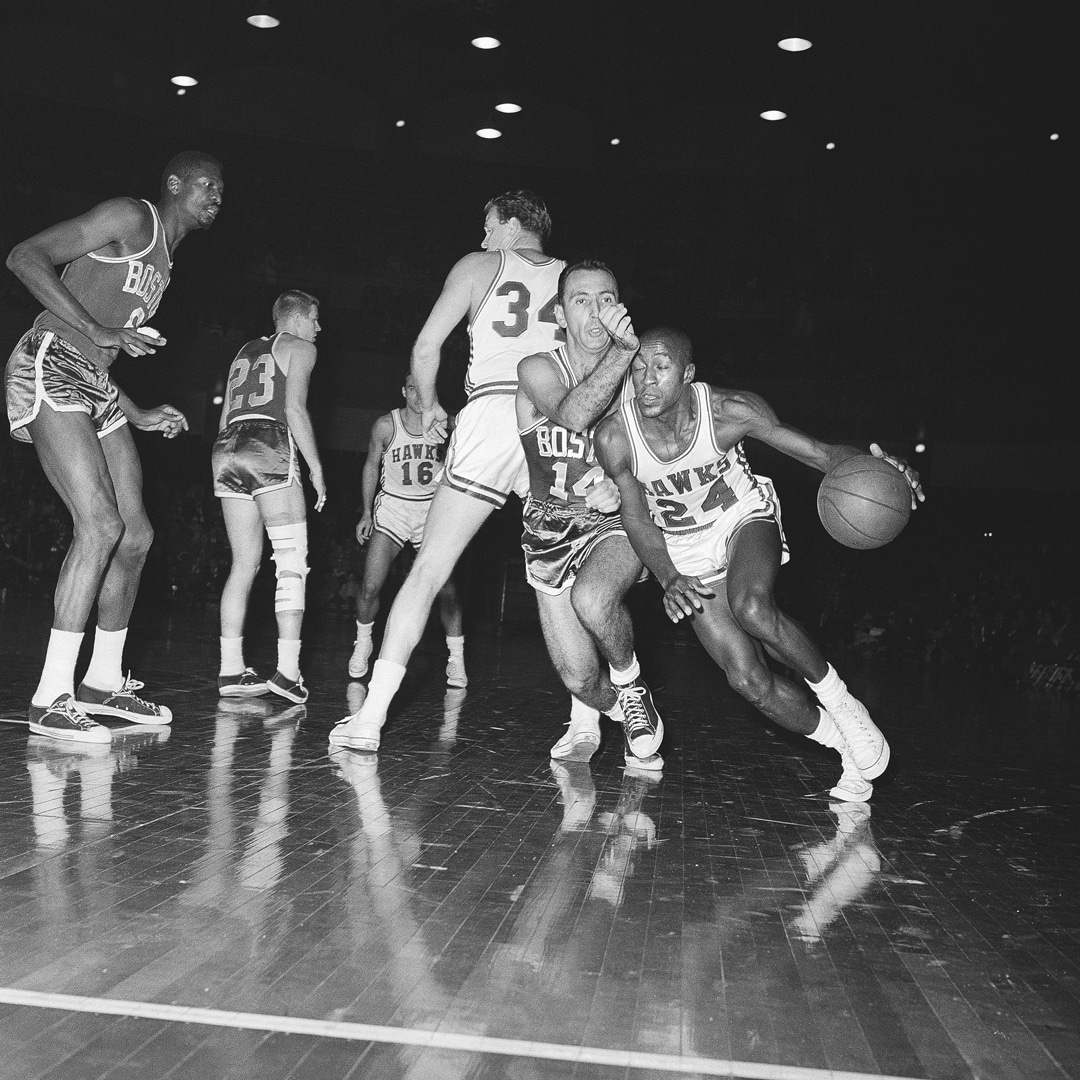 He made his NBA debut on Oct. 21, 1961, suiting up for the season opener against Oscar Robertson and the Cincinnati Royals—and finishing with 26 points. It seemed like a statement of intent, the unveiling of a talent with Hall of Fame potential, the first of a career’s worth of great games. Instead, he’d play only 57 more games in the League. That 26 points on opening night would prove to be his career high.

So what happened? It depends on who you ask, although there seems to be consensus that other members of the Hawks—team ownership, some of his fellow players, or both—bear the blame. What’s undeniable is that Hill’s teammates froze him out. The 2008 ESPN documentary Black Magic, which profiled Hill and other HBCU alums, points to a “blacklisting” of Hill by a franchise whose fanbase wasn’t ready to root for a black superstar. Perhaps it stemmed from Hill joining the Celtics’ Bill Russell and Sam Jones in sitting out a preseason game in Lexington, Ky., in protest of black players being denied service in their hotel. Or maybe, as others at the time and Hill himself apparently believed, it was simply a case of being frozen out by teammates who didn’t want to share the ball with a rookie who might’ve been better then all of them. 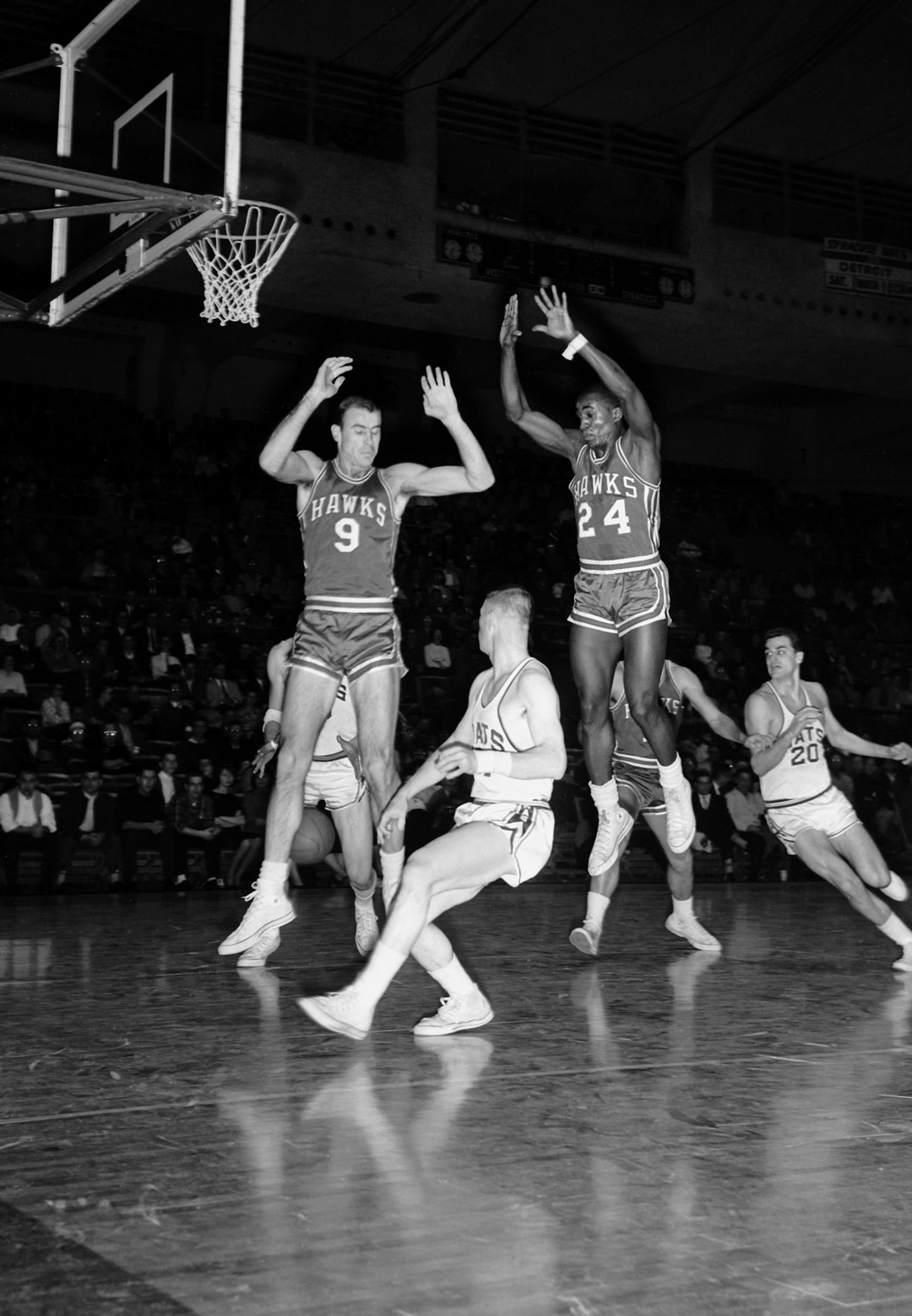 Regardless, Hill was never the same. He was out of the NBA after his rookie season, then spent the next six years with teams in the American Basketball League and Eastern Basketball Association before hanging up his shoes for good. His playing days over, he moved into coaching, eventually leading Essex County (NJ) College to nearly 500 wins in 24 seasons on the bench. Once retired, he stayed close to his home turf in North Jersey, where he died in 2015, at age 77. Two years later, he was enshrined in the College Basketball Hall of Fame.

What might have been? It’s an impossible question to answer. With Cleo Hill, we can only appreciate what was.