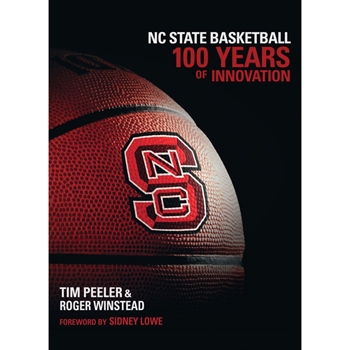 If Tobacco Road college basketball teams were Kardashians, North Carolina State would be Khloe. The program is “pretty” by any rational standard—it’s won two national championships (one of only 14 schools with multiple titles), it’s got an undefeated season, and it produced David Thompson, the Michael Jordan before there was a Michael Jordan (you’ll remember him as the quiet, dignified one at MJ’s HOF induction)—but when compared to its sisters up I-40 in Chapel Hill and Durham…well let’s just say nobody’s offering the lil ol’ Wolfpack their own solo reality show.

Tonight N.C. State hosts Tennessee Tech in the first game of what looks to be a pivotal season in the Wolfpack’s history (more on that later), and one that also marks its 100th year. To

commemorate the occasion, ‘Pack alums Tim Peeler and Roger Winstead have written NC State Basketball: 100 Years of Innovation, an exhaustively researched coffee table tome chronicling everything from the program’s humble beginnings on a converted dance floor to its march to the 1983 national title. For State fans, it’s awesome in a both-Carolina-and-Duke-losing-on-the-first-day-of-the-ACC-tourney sort of way.

The “Innovation” part of the title might strike some as funny, but it’s true. The Wolfpack were the first to cut down the nets after a victory (alas, a practice perfected over the years by various Tar Heels and Blue Devils), the first to recruit on a national level (Shavlik Randolph’s grandfather Ronnie Shavlik came to Raleigh from Denver in the 1950s), and introduced the holiday tournaments with the Dixie Classic in 1949. All the above were the brainchild of Everett Case, State’s coach from 1949-1964, and the man most responsible for the ACC’s roundball dominance (we’ll call Dean Smith No. 2).

In addition to explaining the genesis behind Case’s groundbreaking contributions to the sport, 100 Years gives an in-depth look at the school’s two other coaching titans, Norm Sloan and Jim Valvano. The plaid sport coat-wearing Sloan led State to the ’74 title with Thompson setting a then-ACC record for points scored. And of course Valvano was on the pine for State’s “Cardiac Pack” Cinderella run to the ‘83 chip, an improbable series of close wins that, along with the Magic-Bird Michigan State-Indiana State final in ’79, established the NCAA Tournament as the national fixture it is today. Not surprisingly, Jimmy V features prominently in 100 Years’ coolest photo: the coach at State’s campus Brickyard clutching a bottle of champagne by the neck during one of the numerous celebrations in 1983 (somehow it’s hard to imagine Roy Williams doing the same at the Old Well in Chapel Hill).

The foreword to 100 Years is written by Sidney Lowe, the current State coach and the ’83 squad’s point guard who faces a make-or-break campaign this year. With a highly-touted freshman class (including uber recruit C.J. Leslie) joining senior Tracy Smith, a second-team all-ACC selection from last season, it’s likely NCAA Tourney or bust for Lowe, as he tries to live up to the expectations of a fanbase that can still remember the program’s glory days. The wonderful 100 Years will only serve to revive those memories; here’s hoping the author of the book’s foreword is still around to see 101.

Jack Erwin is a senior editor at Complex Magazine and lifelong N.C. State basketball fanatic.  He wrote an oral history of the 1983 Wolfpack team for SLAM #117 .  You can follow him at @JackEComplex 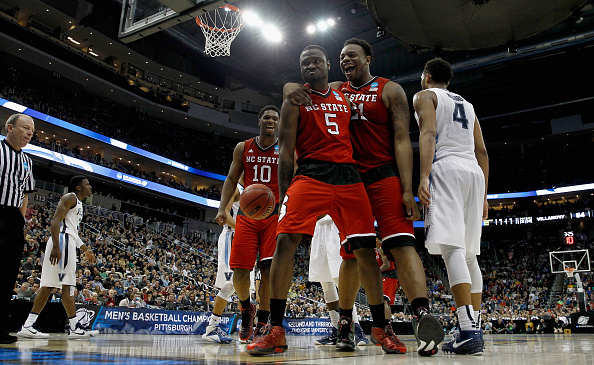 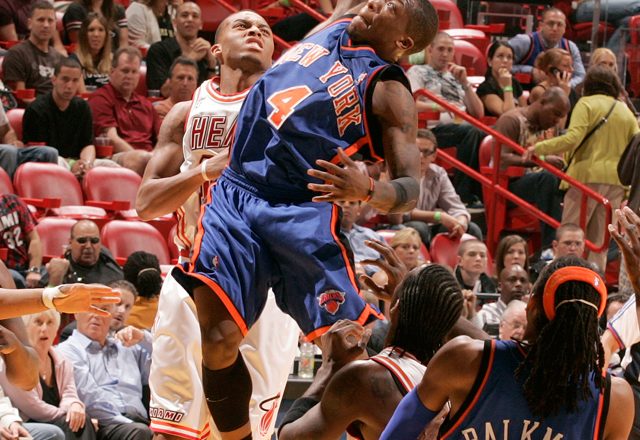