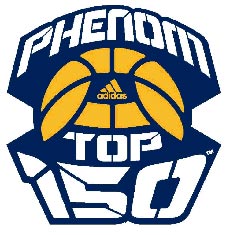 Since I am from New York and scout the area whenever I can for up and coming high school ballers, I figured it would be a good idea to check out the other side of the country to gain more awareness of who is on the come-up from the west coast.

After a delay (or two) on my way to San Diego via Washington DC, I finally arrived, fully ready for the action to unfold in camp. I didn’t just go to scout; I coached in the camp as well.

My team was decent; we started off 0-3 but we finished 3-3 and I had some nice talent on the squad. We could have won the first three games just as easily as we lost those first three games but such is life in a summer basketball camp where the teammates barely know each other.

But the best part of the camp was that I got to watch talented rising freshmen and sophomore players compete against each other in drills and games. It provided valuable insight in to talent on the west coast (and really all over the country) that will be heard from in the next few years.

Besides for being held in sunny, temperate San Diego, the camp was a great place for all of these kids to prepare themselves for the future, as they got a chance to compete with top-notch competition from their respective age groups while coaches assembled from all levels to advance their games.

“We decided to do this event at the grassroots level as a development to the high school level,” said Joe Keller, President of Phenom basketball. “What we did is we got the top 8th and 9th grade kids and have them for the future of Adidas. Our philosophies in our division are to prepare them for college. You can get national exposure and experience against the top players. Our level with where we’re going with it is Adidas Nation. We feel that we get a lot more out of it as far as our interaction with the kids. So we feel we do it in a way that we feel we can be more hands on at our six different camps.”

There is also a component to the camp that involved listening and learning about how to get to college, both on the court an off the court. In between games players went to classroom sessions where they learned about the sliding scale involving their SATs and GPAs to help them in the classroom. During breaks in camp play, there was also the voice of reason that Administrator Dave Taylor provided. The former Division I assistant coach and AAU coach preached to the kids about previous experiences that he hopes the kids will learn from.

“We also feel that the vision that Dave Taylor speaks about at our camp about life skills for the future will lead these kids a long way,” continued Keller.

Overall the trip to San Diego was worthwhile to say the least. While we might have a highlight video in the coming days, for now we have a list of the top players in the camp and what they proved about their games over the course of the weekend:

Chris Thomas | 6-4 | Denver, CO
Thomas makes everything look easy on the court by using his natural offensive abilities. At this point his game consists of getting to the basket to finish ridiculous dunks and shooting threes but the hope is that his game will gain some polish in the coming years. He needs a ton of work on the fundamentals on both ends but his high talent level and raw ability go unquestioned. He dropped 27 points in the All-Star game to earn a share of the MVP.

Tyree Robinson | 6-3 | San Diego, CA
He has a polished game and a mans body to go along with it, which he uses to muscle in to the lane on offense and to keep defenders out of the lane and rebound on defense. He has a nice pull-up game and drew fouls on hopeless defenders for much of the weekend.

Tyrell Robinson | 6-3 | San Diego, CA
At this point, the difference between Tyrell and his twin brother is that Tyree is a bit more polished on the offensive end. Some spectators attributed this to the fact that Tyrell concentrates more on football, which makes sense. Still, Tyrell scored 28 points and showed his capability en route to Co-MVP honors in the All-Star game on Sunday.

Jordan Swopshire | 6-6 | O’Fallon, MO
The brother of Jared Swopshire (Louisville) shouldn’t have a tough time stepping in to the national spotlight. Swopshire has skills for his age that project to a multiskilled 3 or 4 when he gets to college. His shooting touch looks great and at one point when I was watching warmups he made 12 deep threes in a row. He is also a load to handle in the paint. This kid has a very, very bright future.

Trayvond Collins | 6-2 | Midland, TX
Collins lit up the All-Star game with five three-pointers. While other players seemed to be taking it a little easier after a long weekend, Collins really stepped up and showed he’s a no nonsense kind of guy. Look for this strongbody, lefty combo guard to keep raining 3s for a while.

Semilore Ojeleye | 6-5 | Ottawa, KS
He is a very big kid for his age, not just height-wise, but girth-wise too and he uses it to his advantage. Ojeleye is a big man who establishes position using his body in the post well and has a nice touch in the paint. At this stage he is capable of shooting the 3-ball but is better suited to stay in the mid-range area.

Alex Robinson | 6-2 | Arlington, TX
Robinson is a southpaw with excellent size, ball-handling ability and the ability to score the ball with ease from almost anywhere. He plays very aggressively and knows how to get teammates involved as well. He displayed his versatility by playing the scoring guard role during regular team play and switching over to the point guard position for the All-Star game with ease.

Aaron Bushner | 5-10 | Akron, OH
Bushner, who was on my team throughout the camp, displayed an incredible nose for the ball all weekend long both on the boards and on defense. He scored seemingly at will but what really stood out was his natural playmaking ability; he put his teammates in a excellent positions to score throughout the weekend. I was told that he is an even better quarterback than he is a basketball player, which makes sense because his vision and overall coachability were great for a kid his age.

Ta-Ron Ayres | 5-10 | Beckley, WV
Ayres is a quick point guard who combines an excellent feel for the position with a quick and consistent jump shot from deep. He used his speed dribble to blow by defenders at will, where he created for others without forcing the issue. In the All-Star game Ayres got the rebound and drove the length of the court to win the game in a sudden death triple overtime affair.

Diontae Jones | 6-2 | Las Vegas, NV
Jones, a lefty wing forward, is a very aggressive prospect who attacks the rim with advanced moves and ferocity for his age. He has an excellent frame that should fill-in as he gets older. He had one of the highest potentials out of anybody in the camp.

Adonys Henriquez | 6-2 | Orlando, FL
Henriquez showed glimpses of his extremely high potential during the All-Star Game, where he got to the tin with ease. Sometimes he finished and sometimes he didn’t, but he has solid dribbling abilities for a guy his size. He must learn how to use his body better to bang in the post on both ends in order to reach his full potential.