Babylinks: 10 Things To Do While Not Writing Your Manifesto 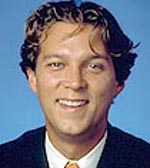 I’ve been plugging away at this epic, 200-page (AKA barely 1000 word, if I’m lucky) Why The Knicks Need to Fire Isiah column, replete with some good solid reporting. But it needs an edge and I’m just not angry enough tonight. Not Mardy Collins angry, at least.

So, in my pre-New Years Resolution to both please and suck up to Lang and Sam and post every day, here’s the pre-Manifesto Procrastination Constitution.

1) Watching the Mizzou-Illinois game that was closer than it ever should have been. This was the Busch Braggin’ Rights game, which is an advertising ploy that works solely because of the literary device of alliteration. Busch Braggin’. I could say that all day. You could sell me the Hepatitis C Bowl if you found a way to move some letters around like these guys.

Anyways, Mizzou hung in there the entire game and even had a lead the most of it, but it ended with an anticlimactic slip and a 73-70 loss. Really polarizing split in the crowd, though, where there was a literal line in the middle of the stands. I’m not shocked by the split — the schools are down the road from one another — just the fact that Mizzou still has basketball fans now that they can’t long for Quinn Snyder’s hair.

2) Reading Ryan’s amazing feature. One of those ones that makes you wonder why I still try at this profession. If Melo’s real, this guy’s realer.

3) Finding out that Drexel and Clemson won. Clemson hasn’t lost yet and is #22 in the country and I was making fun of them about three weeks ago. The Drexel Dragons (which is actually alliteration-gone-tacky) dropped Syracuse 84-79 after doing almost the same exact thing to ‘Nova in their last game. Between these two and Wichita State this year, that bracketology guy on ESPN.com is either going to need some antidepressants or a lobotomy by the end of the year.

4) Regretting not putting Alando Tucker and the Wisconsin Badgers higher in the Top 10 last week. This will be fixed this week. I had no idea how money this guy is. We need to do a feature on this dude HAHEMryanHAHEM.

5) Driving home from the city. Boston, for those unacquainted, so not the city. I saw a postal worker today monotonously screaming, Will-Ferrell-as-Janet-Reno-ing showtunes in Chinatown today. I thought this activity was limited to homeless people, like consuming half-eaten Egg McMuffins or befriending squirrels. Man, was I wrong.

6) Convincing myself that the Sixers just didn’t want to trade into the division. Whatever package the Celtics were offering, even if it didn’t include Green or Jefferson (which is probably true in the latter case) was still better than whatever Denver was offering. Plus, who is Andre Miller going to pass it to if the ping pong balls don’t go the right way? Insist on some youth from Denver because you have the time now, Philly.

7) Scoreboard-watching on the Duke-Kent St. game. You know, just in case.

8) Realizing that I’m really late on this, apparently. This may be because I’m not a huge rap guy, but this is impressive (and even more considering that Aries Spears is actually a better comedian than he is an impressionist/rapper). I have one impersonation and it’s of Pee Wee Herman screaming, “I’m trying to use the phone!”

9) Transcribing the tape of the Stallone interview. I swear to God he said things that made sense in person and, on tape, it sounds like an alien giving birth. This is unbelievable. It took me a half an hour to get one specific sentence and I settled on the fact that he said absolutely nothing at all.

All that said, man, that guy is damn cool. He makes Shaft look like the token awkward guy from the American Pie movies. I promise I’ll get this to you guys by the release date (Thursday). See the movie. Trust me.

10) Staying up to watch UCLA and reading the Comments section…