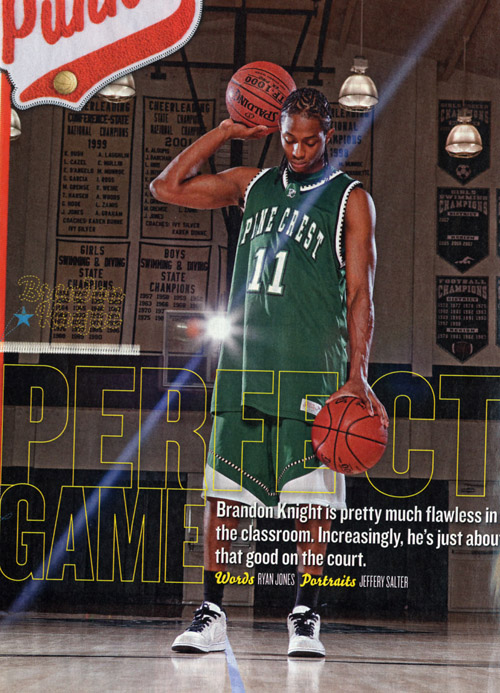 Brandon Knight, one of the top prep guards in the country, hasn’t decided what college he’ll be attending this coming Fall. But he does know where he’ll be on the last day of March: in Columbus, playing alongside two dozen of his best peers in the McDonald’s All-American game.

Carrying a sky high scoring average and GPA, Knight, a true scholar-athlete, will find out on March 10 if he was named the Morgan Wooten High School Player of the Year. Sometime before then, he’ll play his last varsity high school game in Florida. And, while deciding between the likes of Florida, Kansas, Kentucky, Miami, Syracuse and UConn, in a great look for SLAM regulars, during the next few weeks leading up to the McDonald’s game, Brandon Knight will be keeping a journal documenting his last days as a high school hooper for us.

As you read this, Knight is headed home from the state finals, where his Pine Crest team suffered a tough loss in the 3A final. Being that he is coming off of such a heartbreaking end to his senior season, we excused Knight from having to write his inaugural journal entry today. Fret not, though; we’re not all together empty-handed. Something of a writer herself, Mrs. Turgenia Knight, Brandon’s mom, has graciously agreed to pen a little something in her son’s stead.

Next week you’ll hear from the young, bright Knight. But for now, with many, many thanks going out to her, I’d like to introduce the Mrs. Knight–Tzvi Twersky

Five, four, three, two….one. As the buzzer sounded the crowed stood up and began to clap wildly. Somewhere in the corner Pine Crest students began to chant Brandon’s initials and the rest of the fans joined in, “BK…BK…BK…”

And so it was over, just like that my son’s high school career had ended. As I looked at Brandon limping to the center of the court (with a pulled groin) to accept his runner-up medal in The State Championship game, I cried. It was at that moment that it hit me–not the fact that we had lost the state championship, but rather the fact that my son would never play in another high school game again. I realized that the final chapter had been written and that this particular book was closed forever. As I stood next to my husband wiping my eyes, trying my best not to let the tears fall, he seemed to read my mind.

“Well,” he said, as he held up a program to emphasize his point. “This book has closed and a new one is about to be opened.”

It was at that moment that I realized the journey was not over, it was merely about to began. It was time to concentrate on selecting a college. A process that would finally move to the top of our agenda. We’re often asked has the college selection process been difficult. Not really. We didn’t deal with college coaches until the summer before Brandon’s senior year when he took his official visits. We stopped most contact when basketball season began and now he will make a decision. When Brandon was an eighth grader playing varsity basketball, his dad and I decided to let him enjoy high school as much as possible without being pressured.

As I stood in the stands processing the fact that it was time to make a college decision, it hit me like a big brick. My son was a McDonalds All-American! Never could I have imagined that Brandon Knight, the little kid who dominated rec league basketball, would be a member of such an elite group. As we left the game and headed to our car, I began to smile. The final chapter of Brandon’s high school career had been written but the first chapter in a new book was about to begin and it would start at the McDonalds All-American Game. 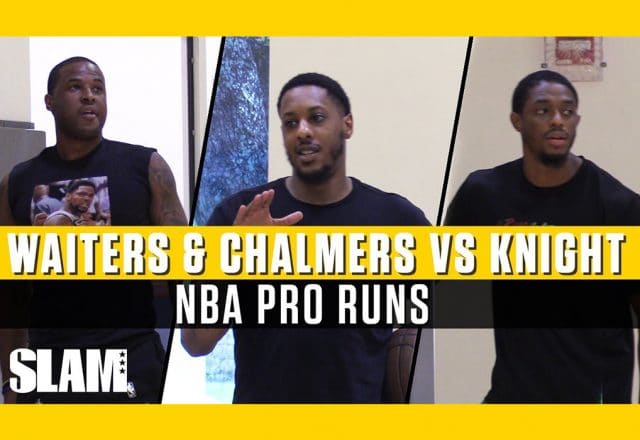