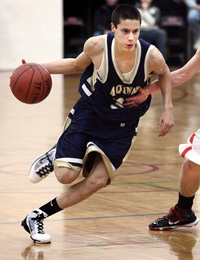 A future Badger, a future Hoosier and a team full of Division I hopefuls playing in front of dozens of college coaches may not seem like a good mix at first glance.

But Wisconsin-bound point guard Bronson Koenig, Indiana-bound forward Luke Fischer and the rest of the Wisconsin Swing have come together to form one of the best 17-and-under teams in the Midwest throughout the spring and summer. They continued their success by winning the NY2LA Sports Next Level Invitational on Sunday.

“It’s really a credit to the kids,” coach Justin Litscher said. “We just talk about how so many guys get wrapped up in the live period and having to get seen. Well the best way to get seen is to win, and if you share the ball you’re going to win. Every single one of our guys buys into that. Every game this weekend, we had four guys or more in double figures. That’s just kids being smart, competitive and wanting to win over their own want for scholarships—which will come anyway.”

The orchestrator of the Swing’s dynamic offense is La Crosse Aquinas, Koenig, who chose to stay home and play for Bo Ryan and the University of Wisconsin over North Carolina, Duke and Kansas.

The 6-3 point guard possesses everything a college coach would look for in a floor general: a silky smooth shot, tight handle and great vision to go with a bouncy athleticism.  As he continues to expand his game and add new wrinkles, he isn’t using the club circuit against high-level competition as his experimentation lab.

“I’m just trying to win games, because that’s what I always try to do,” said Koenig, who will be a three-time first team All-Stater at Aquinas High School and led his team to a DIII state title.

His unselfishness has also trickled down to the rest of his teammates.

“Number one, Bronson is a leader,” Litscher said. “He’s unselfish and will do whatever we need him to do to win. He can post up guys, he’s 6-3 and a long 6-3 so he can go down on the block and score. He’s always making the extra pass.

“He shoots it as well as anybody, but he’d rather pass. That’s a special kid right there to always put the team first. He’s a true leader.”

Koenig was a steadying force throughout the five-day tourney. He scored 14 in the Swing’s quarterfinal victory over the Dakota Schoolers, 13 in their semifinal win over Kingdom Hoops (IA) and 14 in the championship against Terry Porter Elite (WI).

He’s deadly from three-point land if given space, but also scored on a variety of drives to the cup, floaters and mid-range pull-ups throughout the whole tournament. Along with his great court vision and passing skills, his scoring ability has been well documented over the course of his career.

But Koenig can also punish his defender in the post, and was effective doing so at the Next Level Invitational.

“I’ve always had pretty good touch down low,” Koenig said. “I try to find mismatches and get them the ball, or try and post up myself. Coach Ryan at Wisconsin works with the guards on posting up on practice, so I’m just trying to get ready for that too.”

Following his upcoming senior season at Aquinas, Koenig will head to Madison where he will try to emulate Devin Harris.

“I watched him growing up when I was watching the Badgers,” Koenig said. “I watch him as much as I can right now.”

Besides Koenig, 6-11 forward Luke Fischer will also be competing in the Big Ten collegiately at after pledging to Tom Crean and Indiana in January.

Fischer dominated in the semis on Sunday with 22 points, and followed up with a team-high 17 points in the championship. While he was instrumental in his high school team’s (Germantown) Division I state championship in the winter, his season hit a roadblock in January, though he tried to make the most of it.

“This past year I broke my right hand, so I was at practice every day just shooting left-handed hook shots all the time,” Fischer said. “I really developed that. It helps a lot because people know I’m right handed right away, and I can go to my left and surprise them a little bit.”

He made a living in the paint during the Next Level Invitational scoring over his right shoulder, and left, as well as providing tough interior defense and a solid rebounding presence.

Only his strength can keep him from seeing the court when he arrives in Bloomington. He’s well aware of that and has begun preparing his body to bang in the paint in the Big Ten while also trying to defend Germantown’s state title this winter.

“I’ve been in the weight room a lot,” Fischer said. “I’m trying to get bigger, stronger, faster and all that stuff. I’m also trying to get a better face up game, so if my man is playing off me I can take him off the dribble and take a little eight-foot jump shot.”

Sun Prarie’s Nick Fuller (6-7 wing) scored 22 in the quarters and 15 in the Championship game Sunday, could join Koenig and Fischer in the Big Ten as he had several coaches tracking him over the weekend from the conference.

He holds offers from Nebraska, Marquette, Butler, Northern Iowa, Drake and UW-Milwaukee among many others but figures to add some more as schools from all the power BCS conferences have been showing interest for a long time.

They’ll be back in action at the NY2LA Sports Summer Jam on Wednesday, and will have a much tougher field with the likes of D.C. Assault, Illinois Wolves, Atlanta Celtics, Urban DFW Elite, Juice All-Stars, Garner Road, Utah Reign, Baltimore’s Finest and Utah Reign among many others in the loaded live tourney. 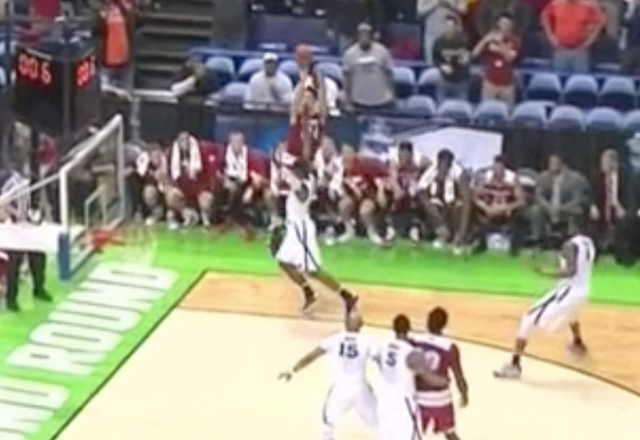 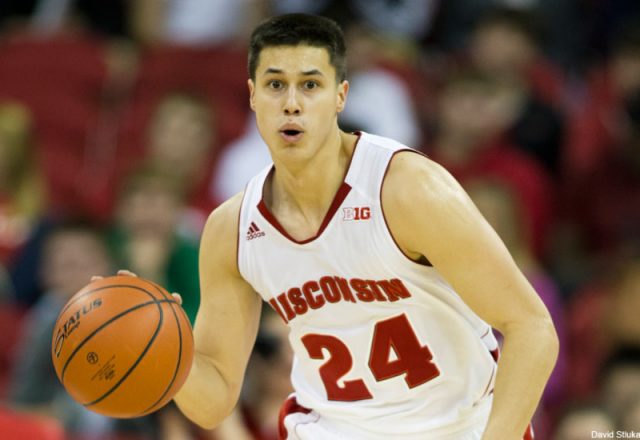 Waiting To Make a Point