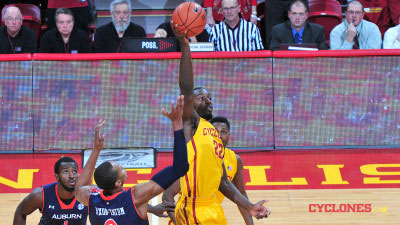 Hope everybody had a happy Thanksgiving, a tranquil Black Friday and a productive Cyber Monday. I personally overdosed on turkey, stuffing and potatoes (and two kinds of pie) before repairing to the nearest sofa. My stomach is full and my batteries are recharged.

Now let’s get back to the college hoops, shall we?

Come late November and early December, teams start to figure out who they are. Most of the “guarantee” games are, mercifully, at an end. The big-time tourneys are wrapping up, having provided their own unique challenges and opportunities. The college basketball landscape is taking shape, and the narratives we’ll follow all year—until that magical tournament in Match—are beginning to unfold.

Michigan State is the No. 1 team in the land, with Arizona nipping at the Spartans’ heels. For all the talk of a “superconference,” the ACC has looked vulnerable. The Atlantic 10 is once again shaping up to be a darn good league. Last year’s Big Ten powers, Indiana and Michigan, have struggled through a tough early-season schedule.

And there are some surprises out there, some teams that are better than we thought—UMass, for one, and Villanova, and Iowa State.

It’s been a good week. Per usual, all rankings are AP.

Quinn Cook tallied 24 points and 9 assists Tuesday night to lead the Blue Devils over the Wolverines at rollicking Cameron Indoor Stadium. Remarkably, Cook scored all of his buckets in the second half, hitting a couple of three-pointers and driving boldly to the rim. He got some help from super-frosh Jabari Parker, who scored 15 points and snared 6 rebounds.

Remember last year’s Michigan team, the national runner-up, with its stellar backcourt, excellent perimeter shooting and gritty forwards on the block? Yeah, this isn’t that team. The Wolverines are still trying to replace the all-but-irreplaceable Trey Burke, and the offense struggled against a defensively focused Duke squad. Michigan shot 44.6 percent from the field and only made 3-13 from beyond the arc; Duke, in contrast, shot 50 percent and knocked down 8 three-pointers.

“Guys are stepping into their roles, roles are changing,” Cook told the Associated Press. “It’s a long season. You can’t just stay the same the whole season. We kind of want to keep getting better and keep teams on their toes.”

The Blue Devils keyed on Michigan sharpshooter Nik Stauskas. Draped in defenders, Stauskas couldn’t get a clean look and only took two shots from the field. He finished with just 4 points. Guard Caris LeVery kept the Wolverines in the game with his 24 points, but Duke played lock-tight defense in its home gym and walked away with a 10-point win.

Coach K, in typical Coach K fashion, didn’t get too excited about it.

“We’re not a great basketball team,” he told reporters. “We have great kids, and they’re trying hard. We have a really tough schedule and we have to just keep trying to get better.”

Duke might not be a great team, but Parker is undeniably a great player. The 6-8, 235-pound forward is averaging 22.1 points and 7.8 rebounds per game this season, and hasn’t scored less than 15 points in his nine-game college career. In the ongoing “best freshman” debate, I think Parker has risen above the rest. Kentucky’s Julius Randle is a beast on the block, Kansas’s Andrew Wiggins is tops in the open court, but in my opinion Parker is the best basketball player of the group. He can knock down the jumper, run the floor and jump over people. More impressively, he has the polished and versatile footwork of a seasoned low-post veteran. Every game he does something that makes you say “Wow.”

This time last year, I was convinced Duke was a Final Four team. Now, I have no idea. But if the Devils play defense like they did Tuesday, this team could go a long way.

Oh look, Syracuse is pretty darn good. Again. With Brandon Triche gone and Michael Carter-Williams playing for the Sixers, it seemed reasonable to assume that the Orangemen would take a small step backward this year. But no! Jim Boeheim’s club is still long and athletic, still disciplined, still superbly zone-centric. Not to mention that Trevor Cooney and Tyler Ennis are among the nation’s top backcourt duos.

‘Cuse won the Maui Invitational last Wednesday (the Orange topped Baylor 74-67) then returned to the orange confines of the Carrier Dome and blasted Indiana on Tuesday. Cooney led the Orange with 21 points, Ennis had 17 points and 8 assists, CJ Fair scored 15 and Syracuse befuddled a young Hoosiers squad that hasn’t quite figured things out yet. More than 26,000 fans turned out for this one, which is…ridiculous. Syracuse had a small 33-29 lead after a close-fought first half. Then the Orange got rolling—a few steals for Ennis, a Cooney three-ball, and the ole 2-3 zone that kept Indiana off-balance. Syracuse took command with a 12-0 run and didn’t look back.

Noah Vonleh scored 17 points for Indiana on a night when the Hoosiers were just 15-41 from the field (4-14 from three-point range).

“We finally got our offense going a little bit, made a couple of baskets, but our defense was really the difference for the first time this year,” Boeheim told the AP. “Our energy level was pretty good.”

The Iowa Hawkeyes did their thing on Tuesday night in Iowa City—run the floor, convert in transition, knock down three-pointers. Aaron White scored 20 points, Roy Devyn Marble and Jarrod Uthoff each had 17 and the runnin’ Hawkeyes held off a very resilient Notre Dame squad to secure a win for the Big Ten.

Big center Garrick Sherman had a monster game for the Irish, scoring 29 points and grabbing 9 rebounds. Guard Eric Atkins kept making plays late in the game and finished with 23 points.

Iowa had a 52-43 at halftime but Notre Dame closed the deficit in the second frame. It was back-and-forth affair with plenty of up-and-down basketball. Just when it seemed the Irish might take command of in the second half, Marble reeled off 13 consecutive points and kept the Hawkeyes on top. Some good free throw shooting and a crafty press break gave Iowa the win.

The Hawkeyes lost Saturday in overtime to Villanova, their only loss of the year thus far.

What a finish in Storrs! Shabazz Napier, UConn’s best player and one of the most dynamic guards in the country, recovered his own rebound off a missed shot and buried a mid-range jumper at the buzzer on Monday night, giving the Huskies a one-point win over Florida and preserving their still-undefeated season.

Michael Frazier II scored at the rim and put the Gators up 64-63 with just over a minute left in the game. Then Napier slithered into the paint and hoisted a tough off-balance jumper that missed by a mile. Luckily for the Huskies, DeAndre Daniels tipped the ball right back out to ‘Bazz, who buried the buzzer-beater.

After the game, talking to reporters, Napier said that final shot was in “slow motion.” He finished with 26 points on the night, a game-high. Casey Prather paced the Gators with 19 points and 7 boards.

It was sweet revenge for the Tigers on Sunday. Back on Nov. 19, OSU blitzed Memphis 101-80 behind 39 points from Marcus Smart. This time around, the Tigers held Smart in check, shot 48 percent from the field and took down the Cowboys in the championship game of the Old Spice Classic in Lake Buena Vista, FL.

Chris Crawford scored 16 points for the Tigers, including a key layup and free throw in the final minutes of the game. With 11 seconds left in the contest and the Cowboys down by one, Smart coughed up the ball. A pair of free throws sealed the win for Memphis. Phile Forte was OSU’s leading scorer with 19; Smart finished with 12. Shaq Goodwin played well for Memphis, collecting 17 points and eight boards.

The second-ranked Jayhawks survived a scare from Texas-El Paso in the third-place game at the Battle 4 Atlantis. Andrew Wiggins had only six points for KU, but his teammates picked up the slack—Perry Ellis had 19, Wayne Seldon Jr. scored 14 and Nadir Tharpe chipped in 11.

At one point in the second half Kansas led by 15, but UTEP never went away. The Miners challenged Kansas repeatedly, and when McKenzie Moore hit a couple of free throws in the waning seconds UTEP had closed within three. But the Jayhawks managed to hold on.

Moore led the Miners with 15 points.

Kansas had lost to an underrated Villanova team the night before, 63-59—an outcome that surprised many. ‘Nova beat Iowa in the championship game to take home the Battle 4 Atlantis title.

A great early-season matchup between two squads that could make deep post-season runs.

Rodney Hood and Jabari Parker led the Blue Devils with 21 and 19 points, respectively, while Arizona got double-digit scoring from Nick Johnson, Brandon Ashley and its own highly touted freshman, Aaron Gordon. The Wildcats played a physical brand of defense that seemed to frustrate Duke at times.

The efficient Mr. Hogue did it all for the Cyclones on Monday as ISU blew out Auburn 99-70. Hogue scored 22 points and corralled 16 rebounds in by far the best outing of his career. Ignore Iowa State at your peril—Fred Hoiberg’s talented ‘Clones are ranked No. 17 in the land.

Depending on which UNC team shows up, this could be a good one in East Lansing.

No. 8 Wisconsin vs Virginia, Wednesday, 7 EST

Coach Cal’s cavalcade of freshmen squares off against the talented Bears. 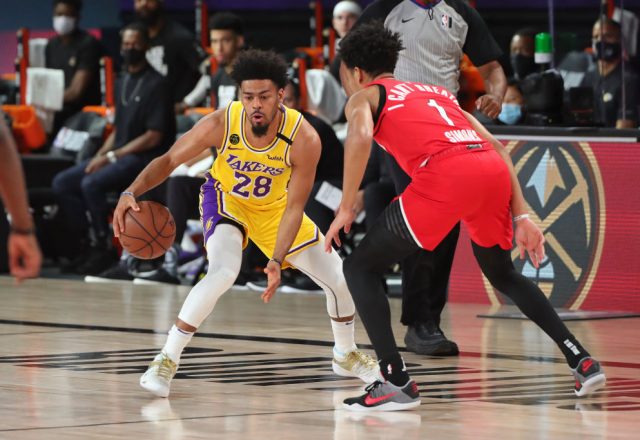