Ten total arrests as a result of the two-year investigation. 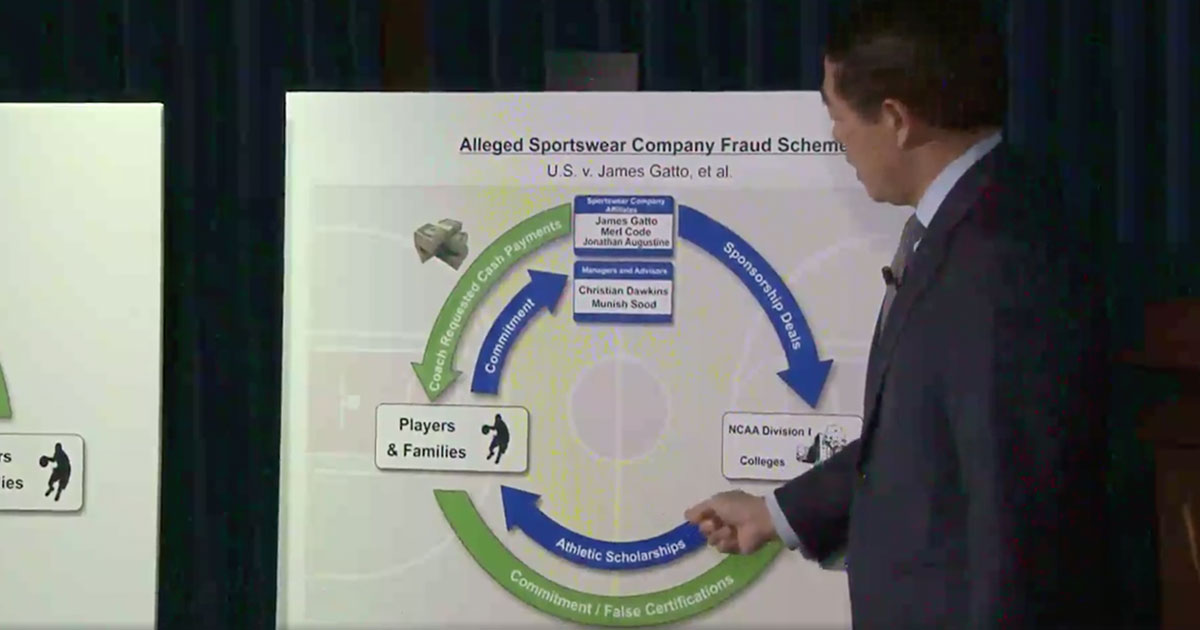 College recruiting has always had a reputation for being a grimy business with lots of under-the-table dealings. Many have equated sneaker companies recruiting young athletes as potential endorsers in the same manner. And with the FBI announcing corruption and fraud charges today involving college coaches, sneaker execs and even a sports agent, the aforementioned connotations likely won’t be going away any time soon.

Watch the Department of Justice’s announcement below:

More from the NY Times:

The investigation has revealed “numerous instances” of bribes paid by athlete advisers, among others, to assistant coaches and sometimes directly to student-athletes at N.C.A.A. Division I universities, the complaint said. The bribes were designed to get commitments from college stars to work with specific agents and companies after they turned professional, or to convince coveted high schoolers to attend specific universities.

One of the three indictments charges five people with wire fraud and money laundering in a scheme to pay high school athletes to attend particular universities. Those indicted include James Gatto, identified as the head of global sports marketing, basketball for “Company-1.” Though the company is not named, Mr. Gatto works for Adidas in that role.

The indictment says about $100,000 was paid to the family of “Player-10,” a heavily recruited high school all-American, to steer him to a particular college. It says contemporary news accounts described his college decision, announced this past June, as a surprise. Payments were made to other players’ families as well, the indictment says.

The player and university are not named, but it is identified as being in Kentucky, and details point to the University of Louisville, which has an identical enrollment to University-6. This summer, Louisville signed a 10-year, $160 million apparel contract with Adidas.

Another complaint charges that Mr. Person abused his coaching position to solicit and obtain bribes from a financial adviser and business manager for professional athletes, in return for his agreeing to direct certain of the school’s players to the adviser when they entered the N.B.A.

Mr. Person accepted a total of $91,500 in the case, the complaint says, and passed about $18,500 on to the families of two athletes. The adviser, who is not identified, has been cooperating with the authorities, the complaint says. Mr. Person faces bribery, wire fraud and other charges. 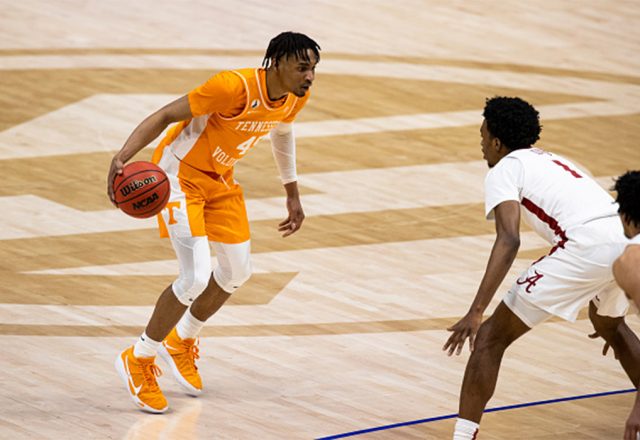