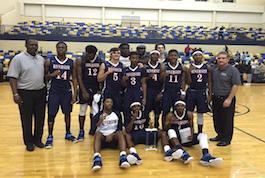 New Orleans has been known for producing guys who went under the radar and over the holiday weekend, many of the Big Easy’s finest descended upon Holy Cross High School for their annual Christmas Classic. The event brought virtually all of the city’s best college prospects to the Gentily area of NOLA for a three day event that culminated Monday night.

Simply one of the most magnificent high schools that I have ever seen, Holy Cross was rebuilt after initially being one the casualties of Hurricane Katrina. The new state of the art campus had a sick gym, plenty of contemporary buildings, and offered an imediate feeling of excellence from the time that you stepped foot on it. The Christmas Classic hooked up the media with a traditional New Orleans feast of gumbo, red beans and rice, and etouffee. Rolling to the stands with a feeling of gluttony, we were able to see a number of well-coached teams that offered some big time athleticism, but also played with serious discipline. Not coincidentally, there were a number of players who caught our eye.

The best player that we saw in the tourney, Crowfield showed some serious combo guard potential during Riverside’s title run. He played the game at a controlled pace, created off of the dribble at ease, and made some sick finishes at the rack. The New Orleans Elite junior shot the ball well from deep in our time in the gym too, allowing us to see why there’s such a buzz going throughout the Pelican State about him as of late.

‎A cat who we’ve been watching for years, Frazier grew a few inches and successfully made the transition from power forward to wing since the last time we saw him in the EYBL. Approaching 6’7 now with a crazy wingspan, he was much more comfortable putting the ball on the deck, hit open threes, and used his straight freakish athleticism to defend virtually every position on the court. Frazier looked to rip the rim off a number of times and the work that he’s put on his game shows why virtually every SEC school is recruiting him.

Another player who comes from New Orleans Elite AAU program, Julien showed that he could put points on the board in the first half, but proved that he was also able to control the game in the second. The slender playmaker made some big time finishes at the rack, showed blazing speed, and controlled the tempo of the game like it was his job. Tennessee is on Von hard, but a slew of smaller programs such as Nicholls State, Tulane, and Louisiana Lafayette are also fighting out out for his services.

The lefty had to share time running the show at the point, but the squad was clearly at it’s best when Lamar had in the rock in his hands.‎ He shot it well from beyond the arc, made some sick one handed passes off of the dribble, and used his size to get buckets in the paint. Ranked amongst the top 150 juniors in the country, he’s going to have the opportunity to bolster his stock on the Adidas circuit.

In the most dominant showing of the tournament, Khalil Williams poured in 26 points in a W over John Curtis. 18 of those points came by the way of three pointers in the first half, as he was straight up in the zone. The big time shooter also doubles as a wide-out on the gridiron, so he will have plenty of options to play either sport at the collegiate level. 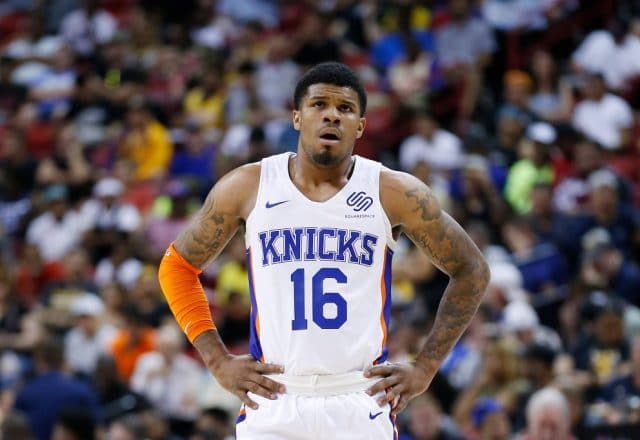