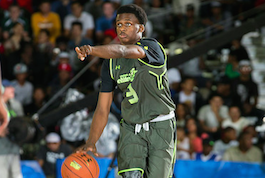 Already counting high-flying guard Donovan Mitchell among its 2015 recruits, the Louisville Cardinals added yet another prolific scoring guard to next year’s incoming class on Thursday night after Antonio Blakeney, a 6-4 Orlando (FL) native, tweeted out his intentions to join Rick Pitino next fall. The Tweet read: “Man it feels so good , all the hard work has paid off ,I will be attending the university of Louisville for college Coach p I’m coming.” More from The Courier-Journal:

The University of Louisville basketball team’s strong 2015 recruiting class added arguably its brightest jewel yet – five-star shooting guard Antonio Blakeney, one of the most dynamic scorers in the country and one of the most highly regarded players Rick Pitino has landed for the Cards.

Blakeney, a 6-foot-4 guard from Oak Ridge High School in Orlando, Fla., announced his decision on Twitter late Thursday night, two days after returning from an official visit to the school, lifting U of L’s class to the nation’s No. 1 ranking, according to Scout.com.

Blakeney is a lethal scorer from all three levels on the court – at the rim, from midrange and from beyond the 3-point arc.

“You’re getting a kid who can play both (guard) spots, and he puts the ball in the basket probably better than anybody else in the country,” Oak Ridge coach Alex Jackson said.

“He’s just a great scorer, and he wants the ball in crunch time,” said Jerry Meyer, analyst for 247Sports. “He scores with great confidence, and you need players like that.”

Meyer said a potential criticism of Blakeney could be his shot selection – he makes a lot of shots, but he takes a whole lot, too – but it’s a “risk-reward” a team should be willing to take with a player who is so talented and confident.

“You get a little bad to have the good,” Meyer said. “I sort of think of Russ Smith and his game and getting criticized for being too aggressive and forcing things or being out of control, but at the end of the day, that guy is talented and you want that guy because he has courage.” 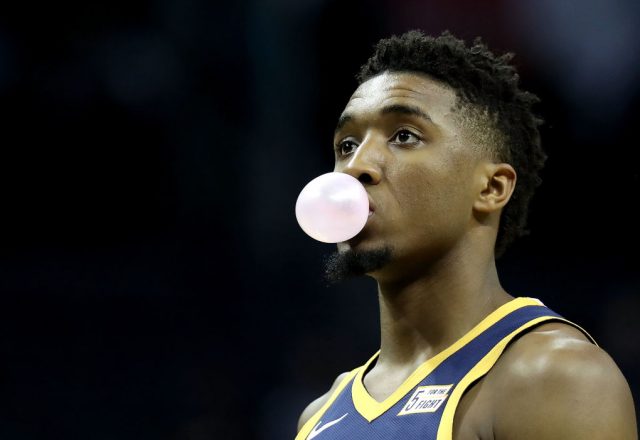