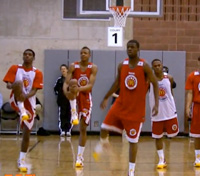 After paying close attention to the East squad in day two’s practices, we opted to pay a little closer attention to our pals from the left coast. With the roles reversing and the West team having a lengthy scrimmage, the East team went over a number of sets and had a light scrimmage session. In all actuality, both of the units had somewhat of a light day due to the scrimmage they had later in the evening. The full-go scrimmage was only open to family and friends, so unfortunately SLAMonline didn’t make the cut to get on the VIP list for the exhibition.

Here are some of the things that caught our eye in the final day of practices:

— Cory Joseph can really go. Joseph was the best point guard on either squad yesterday, showing very big strides in becoming a pure playmaker. Everyone knows he’s a blur and can get buckets on anyone, but I was really impressed with his ability to run an offense and get others involved. Word on the street is Texas and Villanova are leading for the services of this unsigned senior, with our guess being he follows his Canadian mate Tristan Thompson to Austin.

— Don’t hate on Sully. After we were a bit critical of Jared Sullinger’s performance through the first two days of practice, he bounced back and absolutely destroyed any big man thrown against him on Tuesday. While the Columbus native may not explode above guys like CJ Leslie and Perry Jones, he will go through them and find a way to score. As the norm, just when people were starting to question Jared’s chances against more athletic guys, he comes up with a performance like this.

— ”Andre Dawkins can’t guard me!” That legendary prophecy came from 6-7 UNC commit Reggie Bullock. The guys from DraftExpress sat down future Tar Heels Kendall Marshall, Reggie Bullock, and Harrison Barnes along with Duke commit Kyrie Irving and allowed them to interview each other. Warning: There is some major ish talking, but this is a must see!

— DeShaun Thomas can fill it up. No, he’s not the biggest guy. No, he doesn’t really have a set position. No, he can’t jump out of the gym. But man, this guy can put points on the board in a hurry! The all-time leading scorer in Indiana high school history had it going inside and out and showed why he’s going to make an instant impact as a freshman for Ohio State.

— FAB-o-lous one. Fab Melo is in the best shape we’ve ever seen him in and his production is showing it. The seven footer is dunking on cats, hitting 17-foot jumpers, and going hard every second he’s on the deck. For a guy who’s intensity and motor have been questioned in the past, he doesn’t appear ready to throw it in the bag anytime soon.

— Sunshine stars. Florida natives Brandon Knight and Patric Young both really showed out in the final day of practices. Knight, who is expected to make his collegiate decision any day now, shot the lights out of the rock and was a nightmare to guard defensively. Young had his hard hat on and did all of the dirty work that virtually every other big man here missed out on. Patric also had the dunk of the day: A one hand poster on Fab Melo. 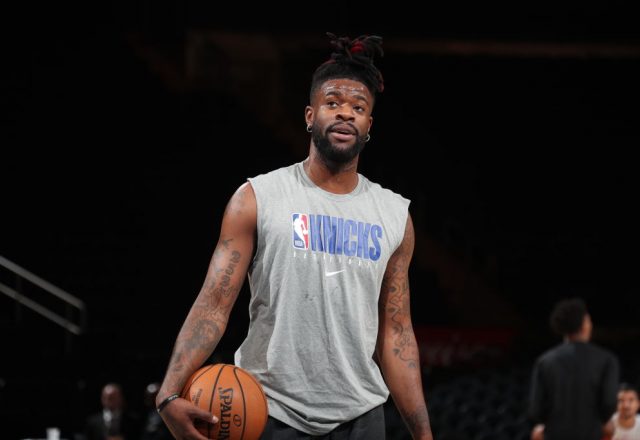 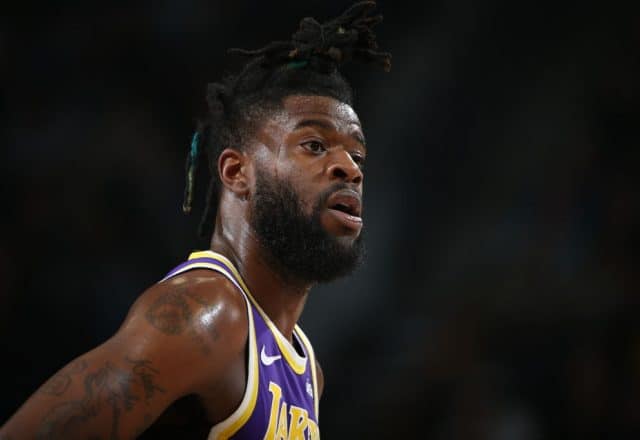 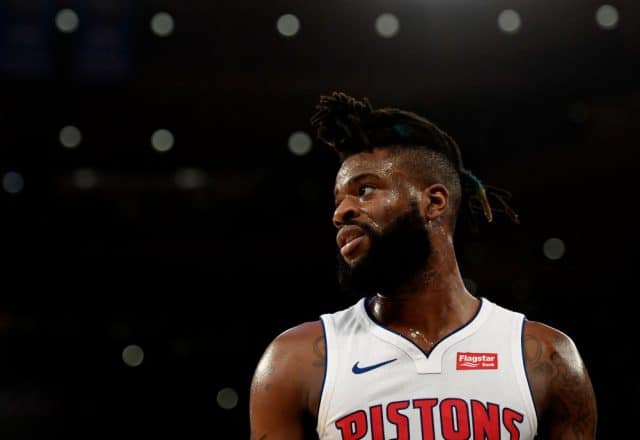