Mike Davis has found a home coaching at TSU. 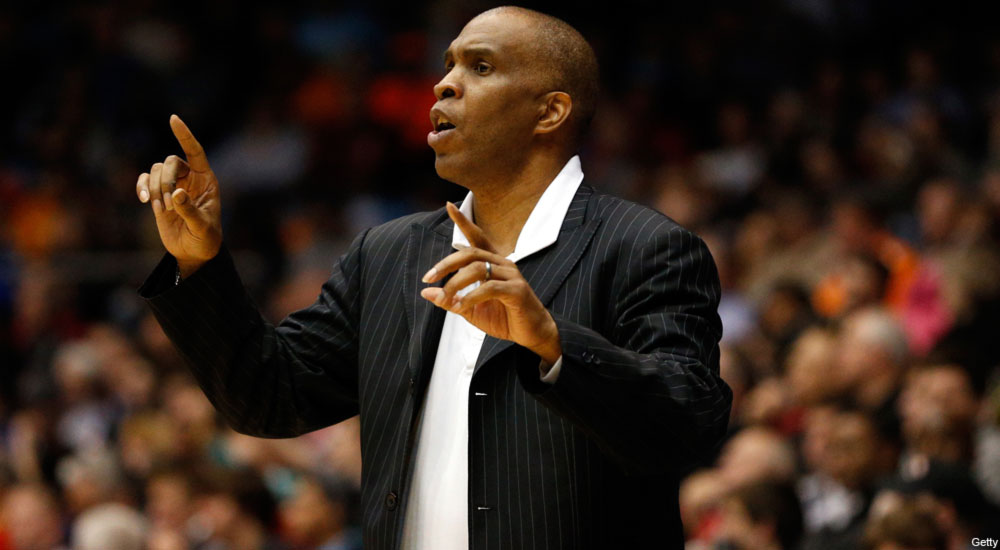 When you think Texas basketball, there are plenty of programs that come to mind as perennial powers nationally and in their own conferences. Quiet, pokey Texas Southern certainly doesn’t often come to mind.

They’re looking to change all that.

Texas Southern made the NCAA Tournament last year, just the second time since their 1995 appearance. The program is 5-10 this year, but 2-0 in the SWAC, with signature road wins over Kansas State and Michigan State. The team has opened the season playing its first 15 games in 11 different states. It takes a tough team and a tough coach to be able to do that.

Maybe 5-10 isn’t so bad after all. Then again, head coach Mike Davis knows a little something about resiliency.

In the three places he’s been a head coach, Mike Davis has led that program to the NCAA Tournament.

He’s best known as Bob Knight’s successor at Indiana where he led the Hoosiers to the 2002 NCAA Championship game. Davis took the Hoosiers to four NCAA Tournaments in his six-year tenure. He replaced a legend and handled the situation with class.

“I could never repay IU for the opportunity they game me to be a head coach and compete for a National Title,” Davis told SLAM this week.

After Indiana, Davis returned to the state of Alabama, where he was Mr. Basketball in 1979 and a standout for coach CM Newton and later Wimp Sanderson and the Alabama Crimson Tide. He took over the reins at the University of Alabama-Birmingham where he led the Blazers to four 20-win campaigns in his six seasons, highlighted by a 2011 NCAA tournament appearance.

Last season at Texas Southern, Davis led the Tigers to the NCAA Tournament for the first time since 2003. His formula for success is simple.

“Culture. Culture beats strategy any day of the week. I create the culture. I’ve always believed in a difficult non-conference schedule everywhere I’ve been,” Davis said.

“[The players] are challenged in practice and then challenged in the game. I want them all in, all of the time. I want them to see what they can be. If you trust me and do what I ask you to do, we’ll be successful. Our guys have trusted in us as a staff and it’s paid off. Wins at Kansas State and Michigan State, prove it and are lifetime memories.”

The SWAC conference and the less than 10,000 TSU student enrollment may be a far cry from the 42,000-plus at IU, but the dreams are the same. The near $1.5 million budget, lofty by SWAC standards, pales in comparison to Indiana’s $10 million spent on men’s basketball, but he won’t use that as an excuse or a crutch. For Davis, the change isn’t as big as you may think.

“The coaching and approach is the same. It’s about preparing the kids,” Davis said. “I drove to recruit everywhere I was at. I didn’t stay at the top hotels or rent the top car. We had two baskets to practice on at each place I’ve been. It’s no different. In fact, the best locker room I’ve ever had is here at Texas Southern.”

After having played and coached in some of the toughest conferences in the nation, Davis sees potential and talent in the SWAC.

“The pride in this conference is unmatched. The love the alumni and students have for their school. It’s special. The SWAC conference is definitely a challenge but it’s one worth embracing,” Davis said.

“You have to embrace the grind. We will bus to Montgomery, AL, (over 600 miles) and play a game on Thursday. Win or lose, immediately back on the bus to go to Huntsville to play on Saturday. After the game we bus the 765 miles back to Houston. They are college students. They have homework to complete and coursework to study for class on Monday. The will and determination it takes with the basketball part, prepares you for the real world. It’s been a pleasure for me to see the kids grow and develop.

“Our challenge on the court will be to take everyone’s best shot every night. Us winning against schools with big names helped SWAC basketball, but now beating us is like winning a championship game.”

This year’s team features five transfers, perhaps explaining some of the early bumps and bruises.

Davis quickly points out that “while we have had success with kids that have transferred, this isn’t a second chance university. Every day people change jobs; it wasn’t the right fit where they were. You belong somewhere and it may not be where you originally thought. My approach is, this is where you belong. Everyone thinks bigger is better, that’s not always the case, get caught up with where you can fit in. It’s about who’s teaching you.”

That in some ways may mirror the coach who at one point was at the peak of the college basketball summit with Indiana. This isn’t Hoosiers anymore but at Texas Southern, he’s building character, graduating students and winning basketball games.

Perhaps, Davis has found a fit and a place where he belongs.

Leigh Klein was formerly on staff at Texas and Rhode Island and now owns Five-Star Basketball Camps. He contributes to SLAM’s coverage of college basketball and the NBA Draft and is a frequent national radio guest. Klein can be followed at @LeighAlanKlein. 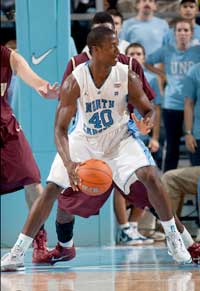