These teams are poised to dance with the glass slipper as dangerous double-digit seeds. 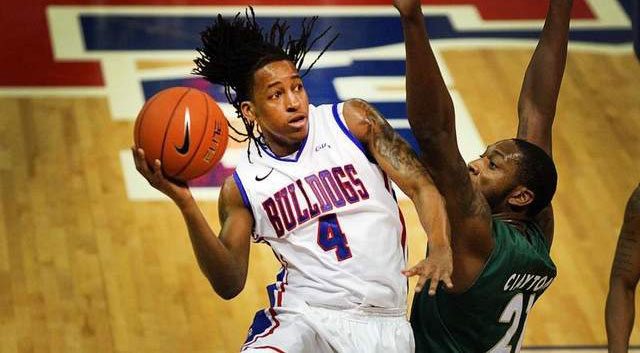 It is easy to get caught up watching the big boys and big names play but there is much more to The Madness than just the superpowers.

Championship Week is upon us and there is simply nothing more exhilarating than the dramatic playoffs in the one-bid leagues. We’ve seen North Florida punch their first ever ticket to The Dance. We’ve seen Cliff Ellis lead his fourth school—Coastal Carolina—to the NCAA Tourney.

And it doesn’t get much better than Rick Byrd and his Belmont squad, in the Tournament for the seventh time in the last 10 years and doing so in dramatic fashion?

In Conference USA, five teams are capable of playing at the highest level. This week, there promises to be more than home cooking of the barbecue variety in Birmingham with the host Blazers. This is a team that has 12 of their 16 victories in conference play and haven’t lost in Birmingham since mid-December.

The top seed is Louisiana Tech, and the Bulldogs have three of the league’s top-10 players, including crafty guard, Kenneth “Speedy” Smith. They are disruptive defensively and careful with the basketball, a good recipe for tournament success.

Old Dominion under head coach Jeff Jones tasted the Top 25 earlier this season and performed great in the non-conference taking out LSU and VCU among other top-50 teams. They are the league’s hottest team coming in to the conference tourney having won six in a row. But they are still likely looking at an at-large bid at best.

Don’t count out Texas El-Paso either with a massive frontline with 6-10 Cedrick Lang as well as Julian Washburn and Vincent Hunter. Western Kentucky has represented the conference in four of the last seven NCAAs. Coach Ray Harper’s crew was limped down the stretch, but with senior studs George Fant and TJ Price, this team promises to be a tough out.

The Sunbelt Conference has been a battle for the Peach State for much of the season between the Georgia State and Georgia Southern. This conference doesn’t get a lot of hype, but Georgia State features high-major talent led by NBA draft prospect RJ Hunter, the silky smooth shooting guard who possesses range like radar. Teamed with former Kentucky/NC State standout, Ryan Harrow, the Panthers have the best backcourt in the conference and more than likely, the state.

They will be the favorites, but Georgia Southern, who enjoyed their first winning season since 2008 under second-year head coach Mark Byington, is good. Senior Jelani Hewitt is the heart and soul of the Eagles and isn’t afraid to let the long ball fly. Hewitt has taken more than 700 three-pointers in his four years as an Eagle.

Then there is the hottest team in the league and last year’s NCAA representative, Louisiana Lafayette, winners of their last six games. The team is coming together and getting better.

The Mid-American Conference has been responsible for its share of Cinderella stories of NCAA Tournament lure. Three years ago, Ohio advanced to the Sweet Sixteen before falling to North Carolina.

Talk about a deep league.

There are seven teams in the conference who have won 19 or more games on the season. Three of the nation’s top-50 teams in offensive efficiency, including a Toledo team that took on the likes of Duke in the non-conference before conceding late, Buffalo who went toe-to-toe with Kentucky and Kent State that battled Kansas before falling to the Jayhawks in Lawrence.

Central Michigan, Buffalo and Kent State all finished on the top of the conference with 12 wins.

CMU is good but Buffalo is the favorite to win the conference tournament, and the Bulls have a slimmer of hope at an at-large bid if they don’t take the whole thing. Led by a guy who knows a thing or two about the NCAA Tournament—former Duke point guard now turned head coach Bobby Hurley has rejuvenated spirits in Western New York for the former Division III program.

The Bulls have never gone to The Dance and no one on the Toldeo roster remembers their last NCAA trip, which came in 1980.

The Rockets’ resurgence continues under coach Tod Kowalczyk, with 46 wins the past two seasons. On the court, a core of four seniors and a junior blend well, highlighted by Julius “Juice” Brown, who leads a balanced attack with four players averaging double-figure scoring.

The victors in these three hotly competitive conferences are poised to dance with the glass slipper as dangerous double-digit seeds.